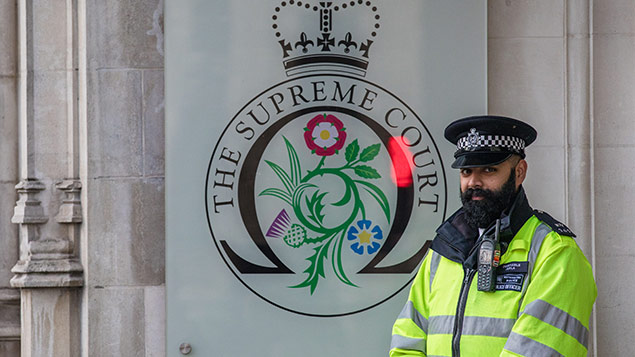 British Gas has been refused leave to appeal by the Supreme Court in the long-running case regarding the payment of commission during holiday.

In October 2016, in Lock and another v British Gas Trading, the Court of Appeal ruled that holiday pay must include compensation for any results-based commission that would ordinarily be earned by a worker.

Commenting on the Supreme Court decision, Unison general secretary Dave Prentis said: “It’s taken nearly five years to get here, but now all employees who earn commission will see that reflected in their holiday pay.

“Until now, many whose wages included commission lost a lot of money whenever they took a holiday. Many simply couldn’t afford to go away. Today’s decision puts right that wrong.”

Mr Lock, a sales consultant with British Gas, claimed in the employment tribunal that he was owed money on the basis that his holiday pay did not reflect what he would have earned from results-based commission. On top of his basic pay, he is paid monthly commission, which fluctuates based on his sales.

The tribunal asked the European Court of Justice (ECJ) for clarification on whether or not it was a breach of the Working Time Directive (2003/88/EC) for the Working Time Regulations 1998 to limit the calculation of a week’s pay for annual leave to basic pay and to exclude commission.

In Lock v British Gas Trading Ltd [2014] IRLR 648 ECJ, the ECJ held that a worker’s commission payments must be included in the calculation of his or her holiday pay. The case then returned to the UK courts, but today’s refusal for leave to appeal by the Supreme Court brings the legal case to a close.

Read full analysis of the Court of Appeal judgment

But Unison warned that a “hard” Brexit could threaten the right since the Working Time Regulations, the law at the centre of the case, stems from the European Union.

“This is an employment right based on a European directive, something that could well disappear once the UK finds itself outside the EU. The Government must prove it’s on the side of ordinary workers by showing how it’s going to protect all rights such as these,” added Prentis.

Glenn Hayes, an employment partner at Irwin Mitchell, said: “This really is the end of the line for British Gas and they will have to compensate Mr Lock and approximately 1,000 other employees waiting in the wings who have suffered similar losses.

“The principles involved have already been determined by the European Court of Justice and all that remains is for the employment tribunal to determine what compensation should be paid by British Gas to ensure that workers like Mr Lock are not disadvantaged by taking a holiday. This is likely to be done by averaging his pay over a given reference period which it will have to determine.”

A British Gas spokesman said: “It was important to get a definitive ruling on this issue from the courts and we now have this.

“We have been in discussions with our trade unions and will continue to engage with them on the calculation of holiday pay for affected employees and to seek a resolution of outstanding claims.”