Six in 10 affected by bullying at work, poll finds

By Jo Faragher on 20 Aug 2015 in Bullying and harassment 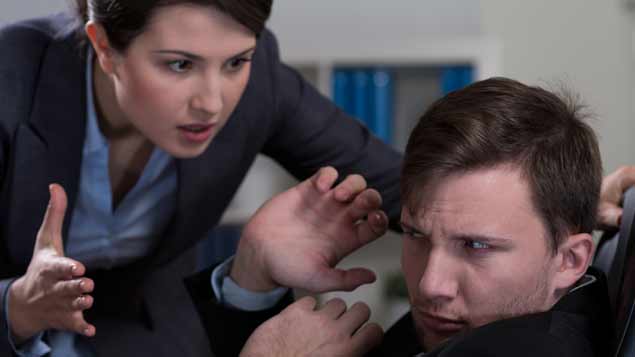 Almost six people in 10 have witnessed or suffered bullying at work, according to a survey by law firm Slater and Gordon.

More than one-third of respondents said they had been bullied themselves. However, more than half of those who had witnessed or experienced bullying did nothing about it.

The poll of 2,000 workers found that more than two-thirds of workers who witnessed the bullying of a colleague saw them harassed over a prolonged period and often sworn at.

One in 10 of those surveyed said they had heard racist insults, while one in six heard a colleague subjected to sexist remarks.

Almost a quarter had witnessed childish pranks in the workplace, and a small percentage even saw others’ work being sabotaged.

Slater and Gordon found that one-fifth of workers had been reduced to tears by others’ behaviour towards them, and around 40% felt stressed.

Claire Dawson, employment lawyer at Slater and Gordon, said one of the issues with under-reporting is that abuse is often dismissed as “banter”.

“The majority of bullying comes in the form of verbal abuse or intimidation. This is often dismissed as ‘banter’ between colleagues but the workplace shouldn’t be a place where people are insulted,” she said.

“The idea that people can be subjected to physical violence while at work is quite alarming. This can have a devastating impact on the person who is being bullied and can result in depression and anxiety.”

Worryingly, a quarter thought bullying was just part of the culture of where they worked, while 20% were concerned they would become the target of bullying themselves if they spoke out.

Dawson added: “If speaking directly to the bully doesn’t work it’s important that the victim makes a diary of when the abuse took place and in what form. It can be key when raising it with your employer to have witnesses to corroborate your story.

“If you can’t resolve things informally, the next step is usually to lodge a formal grievance and, if that doesn’t work, you may want to consider legal action.”

Luke Roberts, an anti-bullying expert, said: “From a practical point of view it’s important for the employer to recognise that bullying has an impact on productivity and morale, not just on the bullying victim, but also on the workforce as a whole.

“Bullying is not just something that happens to children at school. Adults can be bullied too, and many feel distress from being bullied in the workplace.”