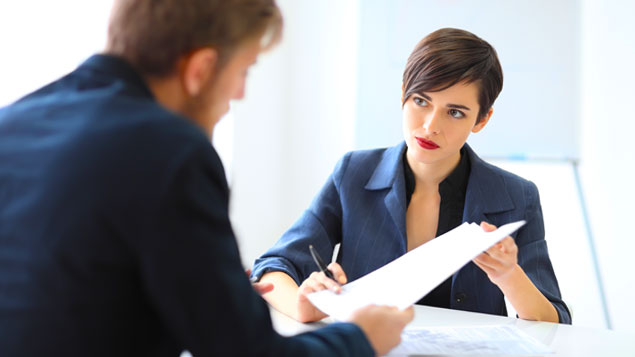 Nearly two-thirds (61%) of women would take an organisation’s gender pay gap into consideration when looking for a new job, suggesting that those with larger pay gaps could be missing out on talent.

A survey of 2,515 employees by the Equality and Human Rights Commission also found that 58% of women would be less likely to recommend their employer if it had a gender pay gap, while half said it would diminish their motivation and commitment to their role.

Eighty percent of women and 69% of men would be willing to take action to help their employer reduce its pay gap.

However, a quarter said they did not feel they were able to influence their employer’s response to the disparity between male and female average pay.

In his speech at the Acas Future of Work Conference today, David Isaac, chair of the Equality and Human Rights Commission, will say: “The message to all employers from your existing and prospective female staff is very clear from these results. They want action, and if they don’t see change there is a very real risk that they won’t join you or, most importantly, stay with you. It will also affect their commitment to you.

“It’s crucial that all employers think seriously about this issue and demonstrate to their workforce that they are committed to closing the gender pay gap. A working environment which allows everyone to achieve their full potential is vital. If you don’t deliver on this you will fail to access a huge talent pool and will put your business at real competitive disadvantage.”

While nine in 10 workers said they had heard of the gender pay gap, almost half said they did not know what their organisation’s pay gap was or what it was doing to reduce it.

Women, people aged 16-34 and those from BAME backgrounds were more likely than older, white or male employees to state their motivation would suffer at work as a result of their organisation having a gender pay gap.

Fifty-six percent of women said that their employer having a gender pay gap would make them feel less motivated, while only 25% of men agreed with the same statement.

Four in 10 men said would feel less proud to work for an employer with a gender pay gap, compared to six in 10 women.

“This data shows just how important real action on closing the gender pay gap is. Of course women must have equal opportunity in the workplace and expect potential employers to deliver,” said CBI director-general Carolyn Fairbairn.

“Gender pay gap reporting has shone a light on this important issue. Transparency is a potent tool for progress: what gets measured, gets changed. The litmus test of success is now what firms do to improve their scores and create more diverse and inclusive workplaces.

“But the gender pay gap will not be closed by company action alone. Businesses want to work in partnership with the government to provide better careers advice in our schools, improve technical education and offer affordable childcare for working parents.”

Charles Cotton, senior reward and performance adviser at the CIPD, recommended that organisations review their recruitment practice and attract women into roles where they are under-represented by creating more flexible jobs and working practices.

“Another area of focus for organisations is providing mentoring support for women to help them prepare for senior roles and ensuring that more women are short-listed for interview for senior positions,” he said.

“The key is to develop robust action plans to reduce pay gaps and improve gender equality that are backed by senior level commitment.”