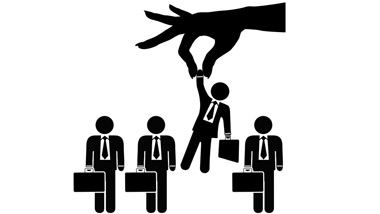 Employers are struggling to recruit and retain managers because of a lack of candidates with the right skills and financial pressures on the level of salary they are able to offer, a report has found.

According to the 2012 National Management Survey, carried out by the Chartered Management Institute (CMI) and XpertHR, 59% of employers experienced problems recruiting managers in the 12 months to September 2011, an increase of 10% on the previous year.

Organisations said that the top reasons for recruitment problems were a shortage of candidates with specialist skills (80%) and the limits on salaries they were able to offer potential recruits (57%).

Competition from other employers, the location of the organisation and the benefits package on offer were also cited as barriers to recruiting managers.

In addition, more than half (55%) of the 160 organisations surveyed said that they faced difficulties retaining managers, with one manager in 10 (9.4%) resigning from their job in the past year.

While the average pay rise for managers in 2011 rose “significantly” on the previous year, from 2.2% to 3.1%, Mark Crail, head of salary surveys and HR benchmarking at XpertHR, explained that managers would still be feeling a squeeze on their take-home pay.

“This year’s survey findings reflect the slow recovery in salaries that we are seeing throughout the private sector following the worst of the economic downturn. But it is worth pointing out that, with an average basic pay rise of 3.1%, managers and professionals have still seen a fall in the real value of their incomes thanks to relatively high rates of inflation.

“With inflation now falling, this may change over the coming year, and, for many, that would mean the first real-terms pay increase in nearly five years.”

Christopher Kinsella, acting chief executive of the CMI, said that, with UK Commission for Employment and Skills and government data estimating that the UK needs 544,000 new managers by 2020, the UK could be facing a “grave situation” if employers are unable to find ways to retain them.

“We understand that many organisations are still struggling to provide general salary increases due to recessionary pressures, but we urge employers to look to non-financial methods of rewarding good employees or risk losing them. A company that does not work hard to retain its employees and invest in its people will find itself in a difficult situation given we already have a shortage of high-quality managers. Strong managers are the lifeblood of effective organisations and too many employers are realising this too late.”

For information on refreshing your benefits package without costing your organisation more, register for our free webinar, “2012 – the year to review your benefits?”