Taxes and the gig economy: what should employers expect? 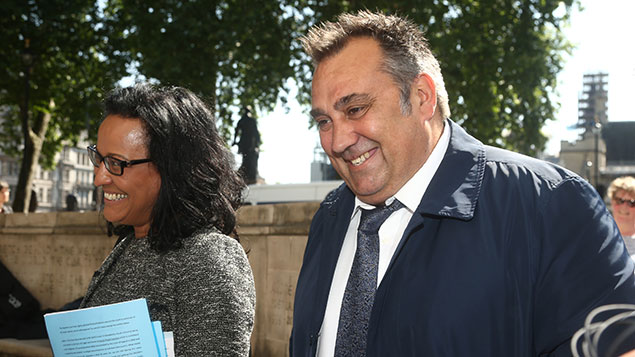 Gary Smith paid tax as a self-employed person, but was considered to be a 'worker' for employment rights purposes
Yui Mok/PA Wire/PA Images

The Supreme Court this week deemed a former Pimlico plumber a worker for employment rights purposes, even though he was self-employed for tax. What do employers need to look out for  with regard to the employment rights and tax landscape? Andrew Brookes explains.

More people are working on a temporary or flexible basis and are often taxed as self-employed individuals, but the Taylor Review has recommended changes that are bound to have a significant impact. The specifics about tax treatment have not yet been clarified, but what should they expect?

The current landscape with regards to employment rights and taxes is uncertain as employers await the outcome of a number of high-profile employment cases, which are expected to have far-reaching implications.

The Supreme Court has just ruled against Pimlico Plumbers in determining the employment status of Mr Smith as a worker, and this could encourage HM Revenue and Customs to take steps to investigate the tax arrangements as well.

Important consultations are also underway on determining employment status generally, as well as improving compliance in respect of IR35.

Currently, the tests that are used to determine employment status for employment law and tax law purposes are not the same.

This incongruity, which is the result of years of case law and anti-avoidance legislation, is a source of confusion for many organisations and it is not unusual to find the employment status of individual workers being defined differently for tax and employment rights purposes.

Further uncertainty exists in relation to agency rules, which means that self-employed individuals might be liable to PAYE tax and National Insurance, but not qualify for the same employment rights as their colleagues.

While the primary aim of the Taylor Review was to consider the employment rights of flexible workers, in reality these were found to be inextricably linked to tax.

The review proposed a new worker status – “dependent contractor” – to cover workers such as Deliveroo riders and Uber drivers, but recommends aligning these with the tax rules in order to provide greater clarity around employment status.

To create clearer boundaries between the three categories of engagement, the Government is also consulting on new tests for status, probably with new simplified legislation to replace existing case law.

With similar tests already being used in countries such as Germany and the US, this could take into account factors such as contract duration and whether the worker has a similar role to other employees, and placing less focus on the requirement to perform work personally.

In the 2017 Autumn Statement, the Chancellor announced plans to increase the National Insurance Contributions (NIC) paid by self-employed workers – a decision that was soon reversed following widespread criticism.

It is worth employers bearing in mind that while the Government appears reluctant to significantly increase the NI liabilities of self-employed workers, the Chancellor has stated that tax should not be a factor in determining the engagement model.

The long-term strategy is probably to equalise the tax and NIC rates, with engagers instead paying a premium to secure flexible workers.

Bearing in mind the ongoing uncertainty around workers’ employment and tax status, employers should seek professional advice when reviewing their workforce.

Firstly, it is essential to ensure that engagement contracts are not only indicative of a business-to-business arrangement, but also accurately reflect the specific circumstances of the engagement.

By keeping the results as part of the company’s engagement records, engagers can also help to protect themselves if they become the subject of a HMRC investigation.

Rather than viewing workers’ employment status as fixed, it is important to keep them under review and recognise that methods of working and models of engagement are constantly changing.

Similarly, while some engagers may view substitution clauses, which allow them to send another worker in their place, as a “golden bullet”, this is often not the case as such clauses are often ignored by HMRC when conducting an investigation. There are no shortcuts when it comes to putting in place robust engagement procedures.

When determining how best to structure employment arrangements, professional support may be required to put in place the right policies and procedures to protect the business in the event of an HMRC review.

Depending on the outcome of current court cases, companies such as Uber could face significant claims for national minimum wage underpayment and benefits such as statutory sick pay, maternity pay and holiday entitlements.

If HMRC successfully reclassify the workers – there could also be significant backdated demands for the underpayment of tax and NICs.

With the employment status of Uber and other gig economy workers in the balance, businesses will be carefully monitoring the findings of key consultations in this area over the coming weeks and months.

However, by adopting a meticulous approach now, they could potentially avoid being on the receiving end of unwelcome costs and payment demands at a later date.