Taxis and taxes: the wider implications of the Uber decision 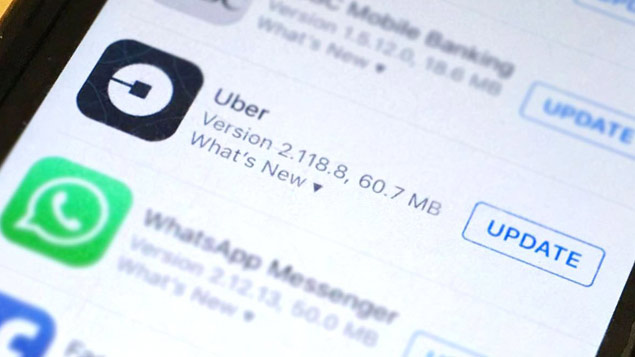 Most of the attention focused on the recent Uber decision has focused on the employment law aspects of the case. But there could be far wider implications in terms of tax obligations, according to Leigh Sayliss, partner at law firm Howard Kennedy.

Few will have missed the recent headlines regarding the employment tribunal decision that drivers for Uber should be treated as workers.

The ride-hailing app had claimed that the drivers were self-employed, but the tribunal decided in favour of the drivers, deeming that they should be entitled to all the basic worker rights afforded to workers, such as to be paid the national minimum wage and receive paid holiday.

Uber has already indicated that it intends to appeal against the decision and, whatever the outcome, it is quite likely that there will be further appeals through the courts. However, for the moment it stands and sets the current position of the law.

To date, most attention has been focused on the employment aspects of the case. However, it has wider implications in terms of the drivers’ tax obligations.

The national minimum wage is enforced by HMRC, which is already considering what action it should take in relation to enforcement of payments to the drivers and any penalties it may impose. But more is at stake.

The issue of employment status is high on HMRC’s agenda – Jane Ellison (financial secretary to the Treasury) recently announced a new team at HMRC that is focused on tackling the issue of “false self-employment”.

HMRC may now be asking itself: if the drivers are workers for the purposes of employment law, can it be concluded that they are employees for tax purposes?

The Uber result gets HMRC only part way to that conclusion. The drivers only needed the tribunal to determine that they were “workers”, a lower threshold than “employee”, in order to succeed in their claims. Employees are a subset of workers, but not all workers are employees.

However, the employment law and tax tests as to whether or not an individual is an employee are similar, but they are not the same – a person can be an employee for employment purposes, yet self-employed for tax, and vice versa.

Therefore, even if the employment tribunal had concluded that the drivers were not employees (and it did not go so far as to expressly state this), that would not prevent HMRC from reaching a different conclusion as far as tax is concerned.

So, what are the risks for the drivers and Uber if HMRC decides that the drivers are employees for tax purposes?

The first risk is that the drivers may become subject to national insurance contributions (NICs) at the employee rate, which is higher than the self-employed rate.

How significant this would be will depend on the extent to which their earnings exceed the NIC primary threshold.

Uber has indicated that 20% of drivers are logged on for fewer than 10 hours per week. Their earnings may not be high enough to trigger NICs and so there will be no effect.

However, for the 25% logged on for more than 40 hours per week, there would certainly be a cost.

The drivers also need to consider how they have been dealing with their expenses. As employees, they would be entitled to claim a mileage allowance for using their own transport, but this allowance may be lower than the deductions they are currently claiming against their actual costs.

In addition, the mileage allowance will only give relief against income tax, not NICs.

If Uber adjusts its fees and payment structure (to compensate for its added costs), to leave the drivers in approximately the same pre-tax position as they are in currently, it would be somewhat of a Pyrrhic victory for the drivers if they receive less after tax as a result of the decision.

In addition to all the issues around minimum wage, holiday pay, sick pay, and the like, if the drivers are treated as employees, Uber would need to operate PAYE on its payments to drivers.

If a driver earns above the NIC primary threshold, it would also have to pay employers’ NICs. Not only would HMRC be entitled to NICs from the driver at the higher employees’ rate, Uber will also be liable for employers’ contributions at 13.8%.

Implications for other employers

This case was brought by two drivers as a test case on behalf of all drivers for Uber. However, the implications of this case are far more wide-reaching.

There are many other businesses in the “gig economy” that operate similar arrangements.

The decision in the Uber case turned on its particular facts and these other businesses will now need to review the decision, and their own arrangements with their “workers”, in detail to assess the implications for their businesses.

Given the amounts involved and the number of businesses that use a similar model and are likely to be affected, this first tier employment tribunal is not going to be the last we hear of this.

What the case has highlighted is changes in working practices, and the difficulty in employment and tax law keeping pace with emerging employment arrangements.

The days of a worker being either an employee, working 7.5 hours a day, five days a week, for one employer for their entire working life, or a self-employed professional or tradesman, clearly running his or her own business, are long gone.

The challenge now is to apply binary tests (worker/non-worker, employed/self-employed) against the wide range of arrangements now available.

Full-time employment, and fully independent professionals and tradesmen, are easy to identify. But the dividing lines with arrangements such as temps, agency workers, zero hours contracts, casual workers and consultants, to name but a few, are so much harder to distinguish.