Online activism in the workplace: how should HR respond? 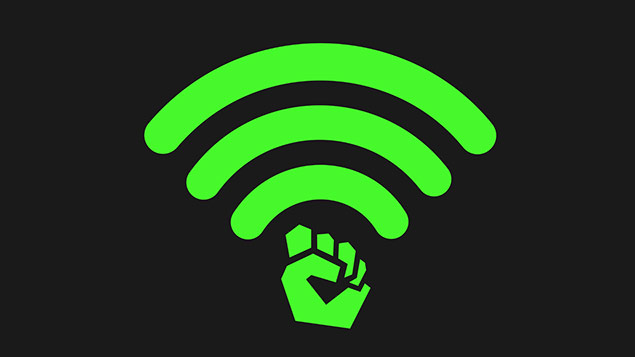 Technology has revolutionised the way many people organise their work and created a debate around employee status. But it is also increasingly used to campaign for better treatment and conditions in the workplace, argues Susie Al-Qassab.

Court of Appeal judges recently deciding that Uber drivers were “workers” said in their judgment that the growth of the internet has changed the nature of labour.

While they were referring to the status issues surrounding platform providers in the gig economy, there’s no denying that technology has become a source of mistrust among many workers. But technology also provides a great opportunity to act on those feelings.

Digital petitions, rights-checker apps, flash occupations, crowd-funding for justice and subject access requests. These are just some of the digital tools that are enabling workplace activism.

The most high-profile casualty in recent months is Ray Kelvin, CEO of Ted Baker, who eventually resigned after more than 200 employees signed a petition about a culture of inappropriate hugging and touching.

But this was not a scruffy piece of paper being passed around the office. The petition was created by Organise, a not-for-profit service providing digital tools to help people to anonymously team up with colleagues to start campaigns for improvements in their workplace. It also facilitates open letters and surveys at the click of a button.

Such initiatives could be the green-shoots of US-style class actions (called group actions here), both formal and informal, offering participants safety in numbers and savings on legal costs.

You may have followed the story of Mark Light, former CEO of Signet Jewellers in the US, who was forced to resign after some 69,000 women tried to join a class action alleging that the company systematically discriminated against them in pay and promotion practices. This has the potential to kill companies.

Technology is also fertile ground for unions. A lot of research has gone into the TUC’s new WorkSmart app for engaging younger workers.

The Independent Workers Union of Great Britain (IWGB) specialises in representing and campaigning traditionally non-unionised low-paid workers in the gig economy and it is doing so in non-traditional ways. Their “flash occupation” of the Tate Modern campaigning for the rights of freelancers is just one example.

The IWGB and increasing numbers of other informal groups of staff and individuals are also crowdfunding their legal actions.

“Help the ethical vegan dismissed by an animal welfare charity”; “Help the National Gallery educators seek justice at the employment tribunal” are just some of the campaigns. The monetising of social media networks is enabling more values-driven legal cases to come to fruition, and these rarely settle.

Technology (and the law in this case) is also helping workers uncover information about an organisation that might not otherwise have been known. Strengthened subject access request rights under GDPR threatens businesses being on the wrong end of requests on an industrial scale.

So, what can HR managers do when employees are not singing from the same corporate hymn-sheet and ensure their business stays in control of dissent before it ‘goes viral’?

Employee forums (real and virtual): Nat Whalley founded Organise because she didn’t see anywhere for people who spot problems at work to proactively fix them.

It’s unlikely that the likes of Ted Baker don’t have a grievance procedure, so this is pretty concerning for HR to hear. Clearly, more needs to be done by HR and managers to give staff a voice internally, a chance to air their grievances in a ‘safe space’ and to be shown that it doesn’t fall on deaf ears.

HR should put themselves in the shoes of employees. What are the issues that matter to them? How does the company align its actions with their values?

Anonymity and ease seem to be key selling points for tech activism alternatives so more should be done to enable the flow of instantaneous, anonymous feedback internally.

Usman Mohammed from Organise talks about their digital tool addressing the “atomisation” of workers, particularly in the gig-economy and agency-heavy sectors, so internal community-building is also important.

Don’t be an ostrich: Businesses should make it someone’s job to keep their finger on the pulse and immerse themselves in what employees are thinking and saying.

Social media is a vital tool in modern day communication and campaigning, so someone needs to be connected. HR should put themselves in the shoes of employees. What are the issues that matter to them? How does the company align its actions with their values?

Software and cloud-computing giant Salesforce recently introduced the role of Chief Ethical and Humane Use Officer to develop a framework for the ethical and human use of technology.

This is in response to more than 650 Salesforce employees signing a petition in June last year over their contract with US Customs and claims that the company was complicit in the US government’s immigration policy, including the separation of families at the US-Mexico border. It is essential that companies must show a genuine commitment to the issues identified.

Agility and transparency instead of concealment: Victoria Buchanan, strategic researcher at The Future Laboratory, says that there is a significant disconnection between the way businesses communicate with their employees and what their employees expect as individuals and consumers. A strategy of containing and concealing issues flies in the face of new societal norms and it is a toxic culture exposé waiting to happen.

Companies should communicate more openly about bad behaviour and their position on social issues. Help employees understand why decisions are made the way they are. They should show that decisions have been made thoughtfully and thoroughly, even if people don’t like the result.

This is just the latest challenge facing already pressured HR professionals, but ignoring internal dissent is a no-no because it can now very easily find an external voice, and technology is amplifying voices and providing workers with a platform to organise and influence. Companies need to listen.

One Response to Online activism in the workplace: how should HR respond?