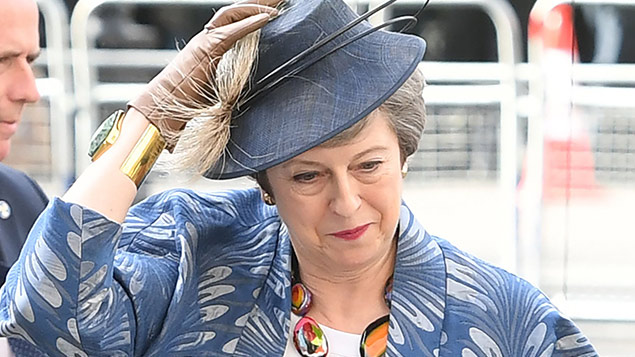 An EU and employment law barrister has described Theresa May’s purported guarantee on workers’ rights after Brexit as “meaningless” in a legal opinion commissioned by two unions.

MPs are being sent the document in advance of tomorrow’s meaningful vote (12 March), after some backbench Labour MPs publicly stated they would support her Brexit deal through Parliament on the basis of the workers’ rights promise.

The legal opinion, commissioned by the  Independent Workers’ Union of Great Britain (IWGB) and the Transport Salaried Staffs’ Association (TSSA), was written by Aidan O’Neill QC, who previously acted on behalf of remain politicians at the European Court of Justice (ECJ) on whether or not article 50 could be revoked.

“The short and unequivocal answer to that question is, perhaps unsurprisingly, ‘no’.”

The opinion says that May’s proposal is no guarantee that future EU standards will be matched adding that, because Parliament cannot bind future Parliaments, any such guarantee would be “meaningless”.

O’Neill adds: “Even if Parliament did implement all new EU standards, workers still lose out on the key features of EU law such as direct effect, primacy over conflicting domestic law, and effective remedy.”

He concludes: “In the absence of any continuing jurisdiction of the [ECJ] on UK law after Brexit, and standing the fact that workers’ rights can longer be entrenched against adverse decision of the national authorities, it seems inevitable that the level of protection for workers’ rights in the UK will decline as compared to the level of protections which will be maintained in the EU.”

TSSA general secretary Manuel Cortes said: “Our rights are not poker chips to be played with in the Conservative Brexit Casino. Our rights are hard won and it’s the duty of every Labour MP not to collude with the Tories to get rid of them. This clear expert legal opinion only goes to show that May’s offer was never a serious prospect on workers’ rights.”

His counterpart at the IWGB Jason Moyer-Lee agreed: “This legal opinion is a damning indictment of the Prime Minister’s non-offer last week. Workers, and in particular the precarious workers the IWGB represents, need the full protection of EU employment law.

“The PM’s half-hearted proposals don’t come anywhere near that protection.”