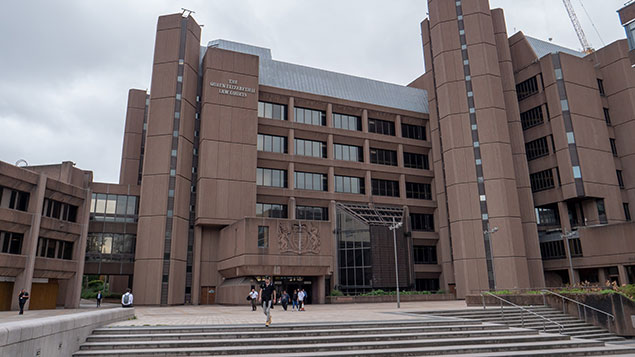 A supermarket employee has been jailed after being found guilty of stealing thousands of pounds in a scam involving customer refunds.

Fifty-three-year-old Julie Evans of Lydiate, Merseyside, had worked on the customer service desk at Tesco in Formby for about 15 years.

The scam involved re-scanning refunded clothing items, which she would put at the back of the kiosk. Then, at a quiet time, she would re-scan some items for a further refund and take cash from the till.

She had convinced suspicious managers during the period that there were innocent explanations for the losses, Liverpool Crown Court heard.

Derek Jones, prosecuting, said: “In both June 2018 and January this year Evans was under suspicion … and was spoken to by management. She gave excuses on both occasions… and management accepted her version of events.”

By the summer, colleagues were concerned about the activities of Evans, and a former colleague, 62-year-old Linda Ford, of Birkdale, who had worked at the branch for 11 years.

The judge pointed out that the management had been duped by Evans’s behaviour, customers misled and there had been an impact on the mutual confidence between staff.

Evans’s scam had been revealed after colleagues had raised concerns and managers had conducted a full audit. After her arrest she admitted taking cash three or four times a week up to the value of £30 on each occasion.

She was jailed for eight months after admitting theft, while Ford, who admitted stealing £138, was given a 12-month community order and ordered to carry out 80 hours’ unpaid work.

Ford’s role was considered by the judge to be minimal, taking place on only three or four occasions.

Defence barrister Charles Lander said that Evans, who claimed to have a gambling habit, had no previous convictions and helped care for her seriously ill father-in-law and looked after her brother-in-law’s child.

He said that Evans wanted to repay the stolen cash and that she “offered no excuse but things had got on top of her after her mother’s death and soon after her father died of cancer. There are perhaps lingering issues.”

She had found another job after being sacked by Tesco but had been dismissed from the new role after the court hearing was publicised.