Tesco to shed thousands of jobs

By Adam McCulloch on 5 Aug 2019 in Retail, Latest News, Redundancy 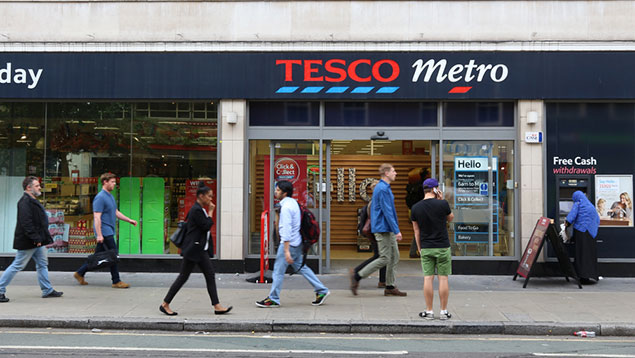 The UK’s largest supermarket chain is cutting 4,500 jobs mostly across its 153 Metro stores, as it puts measures in place to “simplify and reduce processes and administrative tasks”.

Staff will be offered alternative roles within Tesco but after taking into account reallocations, 4,500 employees will lose their jobs. About 134 (out of 1,750) Tesco Express stores and larger sites would also be affected.

Tesco said customers were mostly using the Metro outlets as convenience stores rather than for their weekly shopping trips so it needed to implement faster and simpler ways of filling shelves, keeping less stock in store rooms and more on shelves. A leaner management structure will be deployed and staff will be asked to work more “flexibly” around the store.

Jason Tarry, Tesco’s UK & Ireland boss, said: “In a challenging, evolving retail environment, with increasing cost pressures, we have to continue to review the way we run our stores to ensure we reflect the way our customers are shopping and do so in the most efficient way.

“We do not take any decision which impacts colleagues lightly, but have to make sure we remain relevant for customers and operate a sustainable business now and in the future.”

Pauline Foulkes, Usdaw national officer, said: “Our members at Tesco are shocked and dismayed by yet another round of potential job losses, coming just months after 9,000 staff were put at risk in stores.

“We will be working hard to make sure that any members potentially affected by these proposals are supported at this difficult time and throughout the consultation period.”

Yesterday, in further bad news from the high street, takeaway baked potato specialist Spudulike announced it was closing all 37 of its outlets with the loss of 300 jobs. Administrators were called in after the failure to secure a company voluntary agreement with the landlords and attempts to find a buyer fell through.

The Guardian reported that one employee told it: “The branch I worked in was given zero notice of this action; in fact, staff arrived at the store [on Friday] none the wiser.” Some had already started work for the day when they were told by email to stop prepping food.

Another staff member said that workers were owed two weeks’ pay, with some employees owed more than £500 in back pay.