Tesco worker ‘left in the dark’ about role was unfairly dismissed 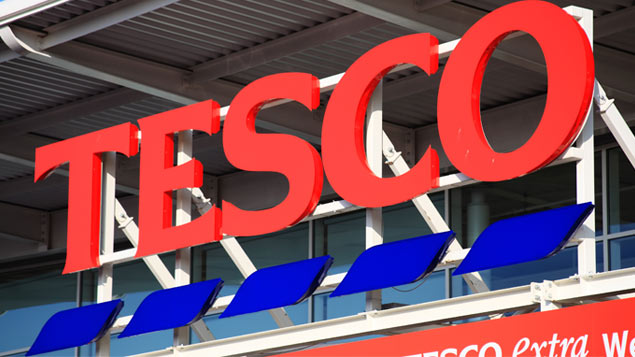 A former Tesco employee who was “left in the dark” about changes to her role and was suspended for not accepting them was constructively and unfairly dismissed, an employment tribunal judge has ruled.

As a result of a company-wide restructure of management roles, Ms Escott, a stock manager at the retailer’s Caerphilly branch, was told that there would be some “minor” changes to her role and it would be renamed “stock and admin manager”.

She was informed of the change on 22 January 2018. She expressed concerns that the changes did not feel minor to her and that she wanted to understand how the changes were considered minor before accepting the role.

Although Tesco had produced a pack informing the affected staff about the new position, the pack was not available to Ms Escott at the meeting. She was later showed a copy of the pack at a subsequent meeting, but was not allowed to take it away to digest the information until a few days later.

At another meeting on 23 January, Ms Escott was again asked whether she would accept the role. She again raised queries about the job – in particular clarity on the difference between what were considered major and minor changes in a role – but neither the store manager or another employee could answer them.

After this point she was provided with a role pack and she concluded that 93% of an old compliance role had been included in the new role, as well as increased management responsibilities. She did not consider this a minor change.

On 31 January she was hospitalised after suffering anxiety-related symptoms exacerbated by the proposed change. When she returned to work a few weeks later, the store manager said he was still not able to answer her questions, but again asked if she would accept the stock and admin manager role. He presented her with four options: step down; look for another vacancy within Tesco; resign or accept the role.

Ms Escott told Cardiff-based Wales Employment Tribunal that at this point she felt she was being pressurised into accepting the role. She said alterations to the stock and admin manager role was not an option open to Mr Jeffrey and he was not able to tell her what the material differences between the two roles would be.

Her questions were again unanswered during another meeting on 7 March. She raised a formal grievance about the process and sent an email to the Tesco chief executive informing him of her concerns.

At a final meeting on 22 March, Mr Jeffery again asked whether she would accept the role as it would begin on 25 March. Ms Escott said she would not and she was suspended while an investigation into allegations of failing to comply with a reasonable management request was carried out.

The Cardiff employment tribunal found that the suspension was not carried out in a sensitive manner and did not comply with the company policy. Ms Escott raised another grievance about this.

On 5 June, an internal investigation found that answering her questions about the role would have helped Ms Escott make informed decisions about whether to accept the new position. Her suspension should have been lifted at this point, but was not.

It is difficult to believe that an employer the size of the respondent, particularly when dealing with an employee of twenty-eight years’ service, should have considered that suspension was an appropriate response” – Judge Rhian Brace

A third grievance was raised about the definition of “minor” and “major” changes to a role. The investigation found it was unclear why the changes to the stock and admin role were considered minor and that managers had no power to change this assessment as it was a “business decision”. This prompted Ms Escott to resign.

Judge Rhian Brace found that while Tesco had met the requirement to give staff a minimum of four weeks’ notice before a change was put into effect, Ms Escott was never given a detailed picture of the new role and her concerns were never considered.

“No one at local management seriously engaged with the claimant at that stage regarding her concerns. I found that the failure by her line manager… to respond to her concerns raised at each meeting… formed a slow erosion on the claimant’s trust and confidence,” she said in her decision last month.

She said it had been a “gross oversimplification” to find that the worker had not responded to a management request simply because she wanted answers to her questions before accepting the new role.

“It is difficult to believe that an employer the size of the respondent, particularly when dealing with an employee of 28 years’ service, should have considered that suspension was an appropriate response,” the judgment added.

The tribunal found the suspension and the refusal to answer her questions had destroyed the employee’s trust in the working relationship. Her claim of constructive unfair dismissal was upheld and a remedy will be discussed at a later hearing.