The 10 most important employment law cases in 2015 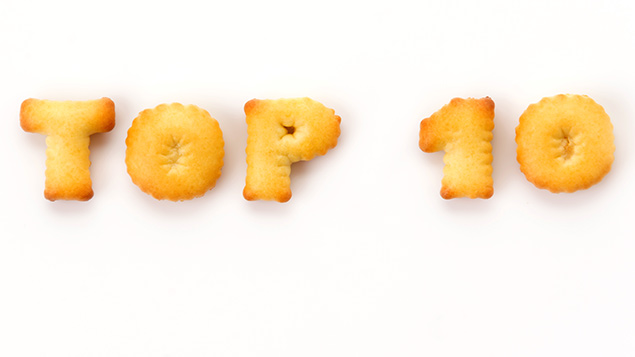 Sit down with a cup of tea and a mince pie and peruse the top legal cases of 2015...

What were the most significant employment case law decisions in 2015? Stephen Simpson counts down the 10 most important judgments for employers this year.

The important Court of Appeal decision in Griffiths v Secretary of State for Work and Pensions, on reasonable adjustments to an attendance management policy, was delivered shortly after this round-up was published.

This was a rare appellate decision under the Agency Workers Regulations 2010. It deals with the common scenario of agency workers seeking a permanent job with the end user.

Under the Regulations, agency workers have the right to be informed by the hirer of any relevant vacant posts with the hirer, to give that agency worker “the same opportunity as a comparable worker to find permanent employment with the hirer”.

The Employment Appeal Tribunal (EAT) confirmed that the law is limited to a right to information about relevant vacancies, and does not require equality of opportunity during the selection process with internal applicants who are permanent members of staff.

Why does a case about a technical issue on the meaning of “unfavourable treatment” under disability discrimination legislation merit a place in the top 10?

This section makes it unlawful for an employer to treat an employee unfavourably because of something “arising in consequence of” disability.

An employer can successfully defend a claim if it can justify the unfavourable treatment on the basis that it was a proportionate means of achieving a legitimate aim.

8. Right to be accompanied: a new type of claim?

Another case on companions

After a period of relative calm, the issue of the right to be accompanied at disciplinary and grievance hearings came back with a vengeance in 2015.

This High Court case suggests a new route for employees who are unhappy with any limits that employers place on their choice of companion at disciplinary and grievance meetings.

The High Court accepted Mr Stevens’ argument that his employer breached its implied duty of trust and confidence when he was not allowed to be accompanied at a disciplinary investigation by his choice of companion.

R (on the application of Unison) v Lord Chancellor (No.3) (Court of Appeal)

For employment lawyers, perhaps the biggest case of 2015 was Unison’s challenge to the introduction of fees for bringing an employment tribunal claim.

The Court of Appeal dismissed Unison’s latest challenge to the tribunal fees system.

One glimmer of hope for Unison was the Court of Appeal’s statement that the decline in claims is sufficiently “startling” to merit a review of fees to prevent individuals being priced out of bringing a claim.

6. Sickness absence: annual leave should be carried over for 18 months

The treatment of annual leave during sickness absence is an issue that will not go away.

One of the key areas of dispute has always been how long workers on long-term on sick leave can carry over their holiday.

The EAT in Plumb held that, where an employee chooses not to take statutory annual leave during sick leave, he or she can carry forward the untaken annual leave for up to 18 months from the end of the leave year in which the leave arises.

A key issue in employment case law at the moment is what counts as being “in the public interest”, which a disclosure must be to be protected under whistleblowing legislation.

In June 2013, whistleblowing legislation was amended to provide that a disclosure is not protected unless the employee reasonably believes that the disclosure is being made “in the public interest”.

This was the first appeal case to consider what this means. The EAT decision suggests that courts and tribunals should apply a liberal approach to this phrase.

4. What is HR’s role in disciplinary proceedings?

This was perhaps the 2015 case that caused the biggest stir among HR professionals.

In this case, the EAT explained in detail the role of HR in disciplinary proceedings.

It held that a dismissal will be unfair if the decision to dismiss an employee is improperly influenced by the HR department.

The case shows that HR should limit advice to managers conducting investigations and disciplinary procedures to law and procedure, and the level of appropriate sanctions with a view to achieving consistency.

The Court of Appeal in Northern Ireland was the place to be in June if you were interested in holiday pay.

The judges in the Northern Ireland Court of Appeal stated categorically that voluntary overtime can be included in holiday pay, if it is normally carried out and is an “appropriately permanent feature” of the worker’s remuneration.

As a Northern Ireland case, this decision is not binding on courts and tribunals in England, Wales and Scotland. However, it will be cited in holiday pay cases in those jurisdictions and may be persuasive.

This European decision reverses the controversial EAT decision of July 2013 to delete the words “at one establishment” from section 188 of the Trade Union and Labour Relations (Consolidation) Act 1992.

The EAT decision effectively meant that an employer proposing 20 or more redundancies across the whole organisation within a period of 90 days would have collective consultation obligations, even if the number of proposed redundancies at each of its individual sites is fewer than 20.

The ECJ decision restored order by finding that collective redundancy consultation is triggered only when 20 or more redundancies are proposed in an “establishment”. For a retailer, this is likely to mean a single store.

And the number one employment law case of 2015 is…

1. Working time includes first and last journeys of the day

The most important judgment in 2015 concerned what counts as “working time” for itinerant workers such as travelling salespeople and call-out engineers.

The European Court of Justice held in this case that, where a worker has no usual place of work, time spent travelling from and to home for the first and last customer visits of the day should be counted as working time.

It is important to note that this European case applies only to working time legislation, and does not impact on pay legislation, such as the National Minimum Wage Regulations.