The changing face of graduate recruitment

By Georgina Fuller on 12 Apr 2013 in Graduates, Recruitment & retention 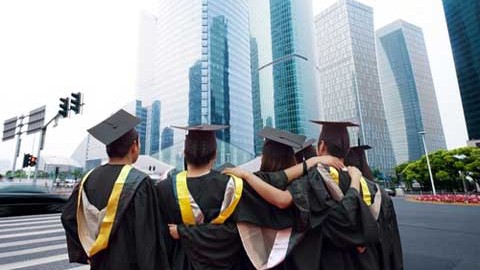 With an estimated one in five 16- to 25-year-olds currently out of work (according to figures from the Office for National Statistics) and a recent survey of 2,100 young people by the Prince’s Trust showing that one in four believe their employment prospects have been “permanently damaged” by the double-dip recession, it is not a good time to be a young job seeker.

The rising cost of university tuition fees, now up to £9,000 per year, also means that at least one in 20 school leavers cannot afford to go to university.

So what are employers doing to help young people? And how are they innovating when it comes to sourcing young talent? Quite a bit, as it turns out. Internships, apprenticeship schemes and school-leaver programmes are all on the rise as employers look for more creative and effective ways to target and support young workers.

Mike Thompson, head of employability programmes at Barclays Bank plc, says that employers are reaching out to a much more diverse pool of candidates and broadening out their approach to recruitment: “We’ve certainly noticed a changing trend in the market. Apprenticeship schemes and undergraduate programmes are becoming a much more viable alternative for young people than traditional graduate recruitment programmes.”

Since introducing its new apprenticeship and retail development programme for school leavers in April 2012, Barclays has recruited 700 young people and it hopes to increase this to 1,000 by next year. The bank is specifically targeting people from the NEET (a young person who is not in education, employment or training) population through job centres, charities and youth groups.

“We’re moving towards a more balanced recruitment strategy. If people have chosen to come and work with us and are willing to take a degree, we have much more commitment and loyalty,” Thompson says.

He adds that the ageing workforce is also a primary driver: “We have an ageing demographic and we wanted to address that by bringing more young people in. Commercially it makes more sense as the retention levels are so much lower, too.”

Rebecca Binns, HR business partner at Arriva plc, says the distinction between graduates and apprentices is becoming more blurred: “We have a very established, tried and tested apprenticeship programme that sits alongside our graduate scheme. Apprenticeship programmes are often the best way to get into engineering, but we found that there was a bit of a glass ceiling. The graduates were coming in to take all the engineering management roles rather than the apprentices.”

Arriva decided to invest more in its apprenticeship programmes to provide applicants with management training, rather than just technical expertise, and it’s starting to pay off.

“Because of the increasing cost of going to university, we almost expected to see a higher calibre of graduate – but that wasn’t necessarily the case. If anything, we’ve seen a drop in the calibre of graduates and better apprentices,” says Binns.

Suzanne Chandler, graduate and apprentice recruitment and development manager at Barratt Developments plc, has seen a similar shift at the construction firm: “We are now expanding our apprentice programmes to ensure the emphasis is on management and team leadership as well as the traditional trade routes. We’re also in the process of designing and developing a unique construction foundation degree and a top-up BSc Honours degree programme for the house-building industry, in partnership with Sheffield Hallam University, in order to attract those who wish to gain their degree while they work.”

The degree programme will be offered to current site managers, too, to help ensure that they are equipped with the necessary specialist sustainable house-building skills.

Kate Newton, recruitment director for the UK and Ireland at Accenture, says the consultancy firm is focusing more on early engagement with school leavers and undergraduates in the battle to recruit the brightest and the best.

“Whereas in the past, the emphasis had been on a more traditional milk-round approach, we now see more and more employers filling their graduate intake with students they recruited in their penultimate year, via one of their internship programmes,” she explains. “The focus on early engagement continues with employers now also targeting school leavers for gap year programmes and first-year university students for internship opportunities, with the promise of a job before starting or completing their degree.”

Almost one-third of work experience students are offered a permanent role with their internship employers, Newton adds: “In order for employers to continue to attract and hire the top talent into their industries, it’s clear that the requirement to engage with students as early as possible will continue to grow.”

However, employers are adamant that despite the increasing focus on apprenticeships and school leavers, there is still a place for the traditional graduate milk-round.

Alexandra Sinton, head of graduate recruitment at consultancy firm Logica/CGI, says: “I don’t believe graduate recruitment is in decline or will be for the foreseeable future, but there is definitely more competition for the ‘best’ graduates – those with the drive and determination to succeed in a chosen sector.”

Recruiters have to be smarter about their attraction, selection and keep-warm strategies to ensure that they create and generate loyalty. Social media is also playing an increasingly important role in brand extension, says Sinton: “[Social media] is becoming a tool to reach first- and second-year students, helping sway their career aspirations much earlier and advertise insight days, work experience offerings, internships and more.”

Chandler notes: “Graduate development is still an integral part of our succession planning process – especially as our graduate programme attracts a high number of females, which is unusual for our industry. We will continue to run our graduate development programme, while at the same time bringing in new talent pipelines and more options for high-calibre entry-level individuals.”

Perhaps one of the biggest changes in recruitment is that university is now seen as just one of many options, rather than the only option. Sinton explains: “One of the biggest drivers for employers to consider school leaver and apprentice schemes to compliment or partially replace traditional graduate schemes has been the shift in social acceptance of school-leaver employment in non-traditional sectors.”

But there is still a long way to go before apprenticeship schemes and school-leaver programmes are seen as a worthy alternative to the more traditional graduate recruitment programme, and parents have a key part to play.

“With parents as the main influencers, or gatekeepers to student careers, further marketing needs to be done to assure everyone that a degree is not the only option,” says Sinton.

For more on this topic, see XpertHR’s data on graduate recruitment and starting salaries in 2013.

XpertHR also has a range of further information and resources on recruitment-related topics.