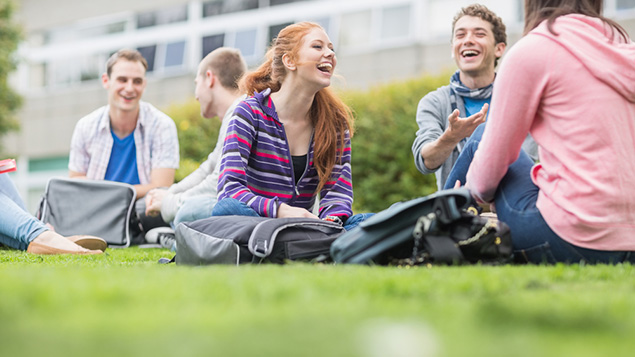 With a review of the Tier 2 visa system for non-EU nationals promised by home secretary Sajid Javid, Rachel Harvey from Shakespeare Martineau sets out what employers would like to see.

Recent calls from business leaders to reform the Tier 2 visa system have made headlines this week.

Tier 2: why employers can’t get the skilled labour they need

Most recently, the chief executives of the King’s Fund, the Nuffield Trust and the Health Foundation have put together a policy submission to the Government, urging a rethink on Tier 2 visa rules.

Faced with a growing talent shortage, made worse by uncertainties around the post-Brexit immigration landscape, employers across many sectors are finding it increasingly difficult to recruit skilled employees from non-EU countries.

However, it seems that their cries for help have been answered, with the Government hinting that changes to the UK immigration system are on the horizon. But what would a new system look like and will it keep employers’ best interests at its heart?

What we have now

The current points-based immigration system was introduced in 2008 and must be navigated by any employer who wants to recruit workers from outside the EU.

In order to sponsor someone to work here, employers must be licensed by UK Visas and Immigration and, in most cases, need to apply for a restricted certificate of sponsorship, the number of which is capped at 20,700 per year divided into monthly allocations.

Obtaining this certificate requires employers to meet a minimum amount of points. Points are awarded for carrying out the “resident labour market test”, for jobs on the shortage occupation list, certain PhD jobs and for salary.

If an employer carries out the test, which requires the position to be advertised in two different ways, this is worth 20 points.

Then, further points are gained dependent on the salary bracket being offered. These range from one point for salaries around £20,000 per annum, right up to 60 points for jobs paying over £100,000 per annum.

Additionally, jobs listed on the Government’s shortage occupation list – such as nurses and certain types of doctors – are allocated 130 points.

Why it’s not working

While this might seem straightforward on paper, the system can create issues for employers. Until December 2017, the points-based system worked smoothly, with the monthly allocation rarely being oversubscribed. However, in recent months, the number of employers applying for restricted certificates has increased significantly.

As a result, for many employers that need to carry out the resident labour market test – for those jobs not in shortage occupation or specific PhD jobs – only those jobs that are being paid higher salaries are being awarded certificates.

For example, in May only jobs that had been advertised at £55,000 per annum or more were scoring the 51 points required.

This upward pressure on salaries can place huge financial strain on employers; in some cases, forcing them to pay over the odds.

It also has the effect of excluding lower-paid roles from the Tier 2 scheme altogether, which can make it harder to find skilled workers for certain positions. There are also certain geographical factors which may come into play given the north/south divide in wages.

The current system does not take sectors, or the changing demands of the labour market, into account. This is one area where the Government could help to alleviate some of the pressure on businesses.

The previous work permit system could be used to plug skills gaps in rapidly-developing sectors of the UK economy in order to facilitate their growth.

A new system that takes into account the demands of growing sectors could be used, for example, to support the recruitment of highly-skilled tech workers, by giving applications to fill these positions a greater points weighting.

Looking at immigration systems around the world, there are several examples that the UK Government could use for inspiration. Australia, for instance, uses a flexible, points-based system, which assesses demand for workers in different sectors and adjusts requirements accordingly.

This system is designed to make the most of the opportunity that economic migration presents, whilst providing businesses more freedom with their recruitment processes.

A new system that takes into account the demands of growing sectors could be used to support the recruitment of highly-skilled tech workers, by giving these applications a greater points weighting.”

This type of system would be much more popular with UK employers and economic migrants alike. Currently, the requirement to jump through hoops to be awarded points based on strict criteria, is preventing businesses from recruiting the talent they need. It is also putting off skilled wealth creators from coming to live and work in the UK.

Another option for revising the current skilled-labour immigration system would be to reinstate the post-study work visa, which was scrapped in 2012. This could be reintroduced and used to target skilled graduates allowing them to avoid the standard Tier 2 scheme.

This would help to draw up-and-coming talent to the UK. While graduates currently do not require a restricted certificate if they apply from within the UK following their studies, it could certainly be a solution for employers. Indeed, it could even mean that more restricted certificates would be made available for new hires coming from outside of the EU.

Much has been written about the UK’s talent shortage and it seems that now things are really starting to come to a head. Action must be taken sooner rather than later before the realities of Brexit really hit home and UK employers find themselves faced with skilled vacancies that they are unable to fill.