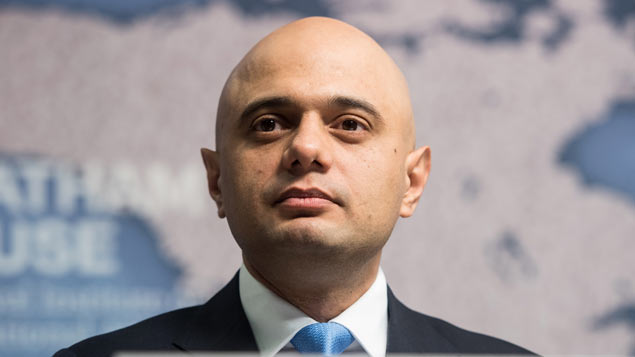 Home secretary Sajid Javid has said that the Home Office would conduct a review of its under-fire policy on issuing Tier 2 visas to skilled candidates from outside the EU and its use of a cap to limit numbers entering the UK.

Javid told Andrew Marr on BBC1 yesterday that the Tier 2 cap was potentially outmoded: “When that policy was put in place, there was a cap that was established: 20,700 a year of these highly-skilled immigrants. For years and years that cap wasn’t hit. It’s only in recent months that the cap has been hit.”

Tier 2: why employers can’t get the skilled labour they need

The immigration limit has been criticised from within the healthcare sector for preventing hospitals from recruiting much-needed medical staff.

Dr Chaand Nagpaul, the chair of the BMA’s ruling council said at the end of April: “It’s inexplicable that, at a time when the NHS is struggling with filling positions, visa restrictions and arbitrary and outdated caps for non-EU workers entering the UK are preventing doctors, who are willing and able to work, from caring for patients.”

Javid told Marr: “I can see a problem with that [prevention of doctors coming to the UK], it is something I’m taking a fresh look at.

“I know a number of my colleagues certainly want me to take a look at this, and that’s exactly what I’m doing.”

The phrase “number of my colleagues” has excited particular interest in political circles because it was not clear whether Javid’s move was fully supported by the prime minister. Theresa May is strongly against any relaxation of any immigration rules, remaining committed to her immigration target of 100,000 a year, a target that shows little sign of being met.

Previous home secretary Amber Rudd was believed to have tried and failed to persuade May to show more flexibility on the rules and ex-universities minister Jo Johnson was also claimed by The Spectator magazine to have been moved from his post (in January) partly because he had campaigned within the Government to have foreign students removed from the net immigration figure.

The inclusion in immigration figures of non-EU students with Tier 4 visas studying in the UK has also been widely criticised from within the three main political parties and would be included in the review, Javid told Marr.

People from outside the EU can apply for a Tier 2 visa if they have secured a skilled job in the UK as long as the salary for the role is a minimum of £30,000 and they have a certificate of sponsorship.

Once here, they are entitled to stay for five years and 14 days, or six years if an extension has been granted. To apply for a Tier 2 visa costs £610.

The UK can only approve the visas of 20,700 highly skilled workers per year, and has hit the monthly maximum limit for the last five consecutive months. The income-based method used to decide which applicants succeed meant that, in April, no one earning under £50,000 a year was offered a visa.

Danny Mortimer, chief executive of NHS Employers, said the home secretary’s announcement, could greatly ease manpower pressures on the NHS this summer: “Many of our employers could not again get certificates of sponsorship for doctors during May. It is now six months since we first started having problems, along with other sectors.

“The NHS is fast approaching the major August intake and changeover period for many doctors in training. A speedy, effective solution is urgently needed to clear the backlog, account for any increase in applications linked to the August changeover and provide a sustainable approach to the management of the system.”