Top 10 lame excuses for not paying the minimum wage 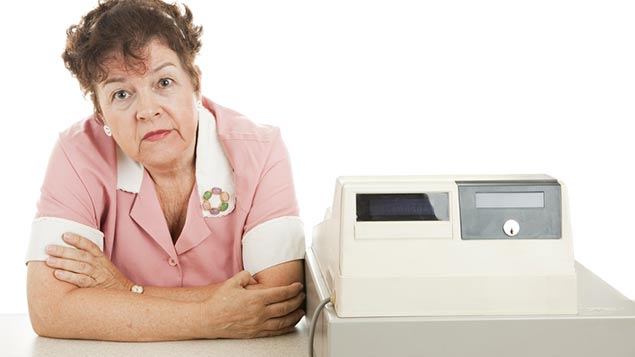 HM Revenue and Customs (HMRC) has released 10 of the worst excuses for not paying the national minimum wage, as the Government launches a £1.7 million awareness campaign to help workers understand how much pay they are entitled to.

For the HR professional, paying someone less than the national minimum wage is – hopefully – the result of some kind of administrative error rather than any attempt to circumvent the law.

Review your organisation’s pay rates against the national minimum wage

The law on the national minimum wage

Unfortunately some business owners clearly feel the law does not apply to them, as is demonstrated by the release of this list of some of the more bizarre excuses.

Launching the government campaign, business minister Margot James said: “There are no excuses for underpaying staff what they are legally entitled to. This campaign will raise awareness among the lowest paid in society about what they must legally receive and I would encourage anyone who thinks they may be paid less to contact Acas as soon as possible.

“Every call is followed up by HMRC and we are determined to make sure everybody in work receives a fair wage.”

Personnel Today counts down the top 10 weakest excuses for not paying the national minimum wage:

10. Her job’s too menial
“She doesn’t deserve the national minimum wage because she only makes the teas and sweeps the floors.”

9. Do you know who I am?
“The national minimum wage doesn’t apply to my business.”

8. I’ll pay them properly when they can do the job
“My employee is still learning so they aren’t entitled to the national minimum wage.”

7. I have a foreign accountant
“My accountant and I speak a different language – he doesn’t understand me and that’s why he doesn’t pay my workers the correct wages.”

5. Because I’m worth it – they’re not
“It’s part of UK culture not to pay young workers for the first three months as they have to prove their ‘worth’ first.”

4. Performance-related pay
“The employee wasn’t a good worker so I didn’t think they deserved to be paid the national minimum wage.”

3. Yeah, but they signed on the dotted line
“I’ve got an agreement with my workers that I won’t pay them the national minimum wage; they understand and they even signed a contract to this effect.”

2. It’s not who you are, it’s who you think you are
“My workers like to think of themselves as being self employed and the national minimum wage doesn’t apply to people who work for themselves.”

1. Standby me
“My workers are often just on standby when there are no customers in the shop; I only pay them for when they’re actually serving someone.”

From 1 April 2017, the national living wage rate for those aged 25 years and over increases to £7.50 per hour. For the national minimum wage, the rate for 21- to 24-year-olds will increase to £7.05 per hour. A full breakdown of minimum wage rates for all ages, apprentices and live-in workers is available here.

In April 2016, the Government increased HMRC’s minimum wage enforcement budget from £13 million to £20 million in April 2016, increasing the number of compliance officers available to investigate complaints. In the Autumn Statement it announced an additional £4.3 million in enforcement funding.