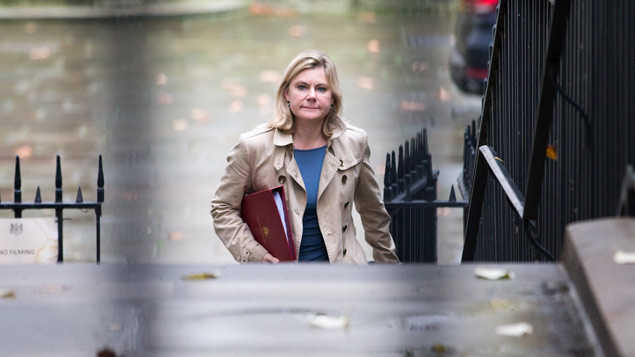 Statistics continue to show a dearth of women in senior positions at top companies. Government needs to work with business to improve this, says Ann Pickering – head of HR at O2.

There was little cause for new-year optimism for gender equality campaigners.

Even the first week back at work heralded a report from the Resolution Foundation suggesting that, while the gender pay gap is closing among millennials, taking time out to raise a family still carries a huge pay penalty for women.

When it comes to female representation at board level, research from GlaxoSmithKline (GSK) shows female board representation on FTSE 100 companies remains stagnant at 26%, despite a target of around a third on FTSE 350 boards.

Worse, fewer than a quarter of board appointments between September 2015 and March 2016 were women, the lowest since 2011.

It’s clear more needs to be done by Government and by businesses across the UK to support women into the most senior roles.

Existing government initiatives, including the Women and Equalities Committee’s efforts to improve the representation of women in both business and Government, are good to see.

But the truth is these can’t exist in a vacuum, they need to be part of a wider cultural shift.

At O2, we’ve put diversity and inclusion at the heart of the business’ agenda, with the backing of our most senior board members.

We relaunched our Women in Leadership programme in 2015, with the aim of supporting the existing female talent within our organisation.

But the sad truth is that many businesses are still struggling to address one of the most antiquated career hurdles of all – maternity.

It’s no coincidence that GSK’s research came as a report by PWC found that two-thirds of professional women return to work after a career break to assume lower-paid or lower-skilled roles. A further two million never return to employment.

While the obvious pay implications of these trends are saddening, what’s worse is that many decision-making roles in UK business and Government continue to be dominated by men.

This means that many of the young women entering the world of business for the first time continue to lack the right female role models within their organisations.

As HR professionals, we have a unique role to play in understanding and addressing the challenges faced by women in the modern workplace. We’ve tried to do this at O2.

We know there is an untapped pool of talent standing at the school gates – highly experienced but lacking the right opportunities and support they need to consider a return to the workplace.

So in early 2016, we set ourselves the challenge of finding and nurturing this talent, through the launch of our first-ever career returners programme.

The programme was designed to help both men and women who had taken career breaks back into work at their own pace, through one-on-one mentoring and regular training sessions which focused on their existing skillset.

We launched in May 2016, with more than 12 women joining the 11-week programme – eight of whom secured senior positions at O2, and two secured roles elsewhere.

One of these women was Cathy McDonnell, an operations data consultant at O2 and mother of three. After taking a nine-year career break, she wanted to return to the world of data analytics.

But she had reservations – her confidence levels were low, and she felt she lacked “modern-day” skills. The returnship programme gave her a platform to ease herself back into the workplace at her own pace, while enjoying a good work/life balance.

Another is Clare McIntosh, a mother who – after 13 years working at British Gas – took voluntary redundancy when she became pregnant, and was then forced to take a longer than expected career break when one of her twins was born with Down Syndrome.

When she decided to return to work, she wanted a programme that would enable her to explore if it would ever be feasible to work while meeting her parenting responsibilities. O2’s career returners programme has done just that.

She was offered a permanent role within O2’s Network Futures team at the end of the programme, and continues to network with other “returners” three times a week.

What unites these women is that each has become an invaluable asset to O2 as a business, and to their teams. They offer years of invaluable experience, partnered with a fresh perspective.

But the truth is that the UK’s diversity challenge cannot be solved by a single returners programme.

Instead, businesses and Government must work together to deliver a holistic diversity strategy across the UK.

We need a long-term plan that not only helps attract more young women into industries where females are underrepresented, but also provides them with the right role models and support once they’re there.

If we don’t, we run the risk of missing out on the skills and leadership potential from not just this generation of women, but generations to come.

Ann Pickering is HR director at O2, part of the Telefonica Group
View all posts by Ann Pickering →
Previous Article
Next Article