By Rob Moss on 5 May 2016 in Public sector, Employee relations, Industrial action / strikes, Department for Work and Pensions, Trade unions 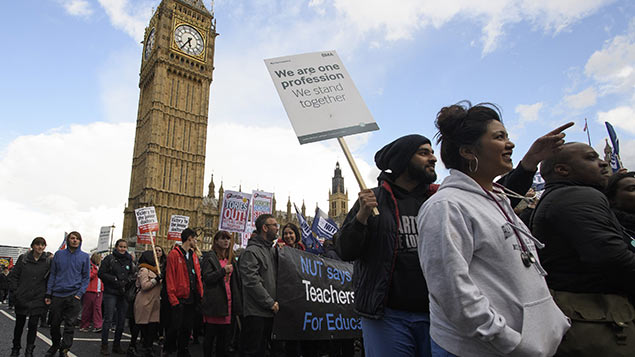 The Government announced that the legislation had completed its parliamentary process by saying that “people will be protected from undemocratic industrial action”. The union Unite described it as a “dark day” for workers in England.

Trade Union Act before the House of Lords

It remains unknown when the new rules will commence, but a key element of the Trade Union Act 2016 is that industrial action will be lawful only when there has been a ballot turnout of at least 50%.

In “important public services”, including health, education and transport, an additional threshold of 40% of support from all eligible members must be met for industrial action to be legal.

The full detail of which public services will be deemed important has not been confirmed.

Employment minister Nick Boles said: “These changes will ensure people are only ever disrupted by industrial action when it is supported by a reasonable proportion of union members.

“The Trade Union Act means the rights of the public to go about their lives are fairly balanced with members’ ability to strike.”

Unite general secretary Len McCluskey said: “The bill’s progress today is a dark day for workers and for those who speak up in their defence when power is misused.

“Moreover, it is the workers of England who will bear the brunt of the Conservative Government’s measures, for the devolved administrations in Scotland, Wales and Northern Ireland have all stated this law has no place in their countries or workplaces.”

While we are pleased to have secured significant changes to the Trade Union Bill, it still remains a very bad and divisive bill” – Frances O’Grady, TUC

The Trade Union Bill has been widely criticised since it was announced last summer. Its passage through Parliament has been far from smooth, and the Government conceded a number of changes including scrapping its proposed outright ban on “check-off”, where union subscriptions are paid through wage deductions, in the public sector.

The Government also agreed to launch an independent review into electronic balloting later this year.

A repeal on the ban for employers to hire agency workers to cover for employees taking on industrial action, which was proposed last year, has not been included in the Trade Union Act 2016.

TUC general secretary Frances O’Grady said: “While we are pleased to have secured significant changes to the Trade Union Bill, it still remains a very bad and divisive bill.

“The history books will show that the Government’s first major act of this Parliament has been to attack the right to strike – a fundamental British liberty.”