Trade union subscriptions: union could enforce check off against employer 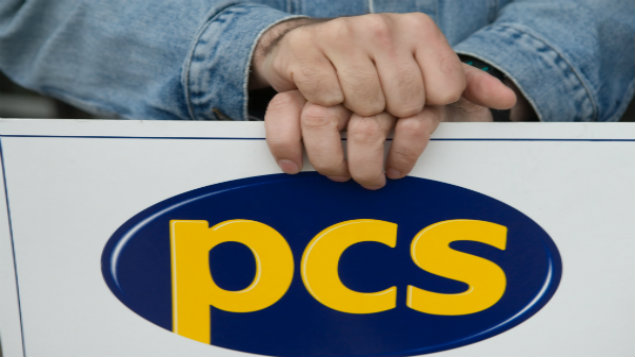 The High Court held that a trade union is entitled to enforce check-off provisions where these arrangements form part of the employment contract, despite the fact that the union is not a party to the contract. Kate Hodgkiss explains the High Court decision.

Cavanagh and others v Secretary of State for Work and Pensions

The “check-off” process allows union subscriptions to be paid by an employer direct to a union on behalf of its employees via salary deductions.

This case examines the legality of an employer banning a union from collecting members’ subscriptions through the check-off system.

The case was brought by two government employees and their trade union the Public and Commercial Services Union (PCS) in the High Court, following the employer’s decision to bring its check-off arrangements to an end.

The High Court was faced with three issues:

Check off in contracts of employment

The High Court began by examining the fragmented source of the two employees’ contracts of employment. The disputed document in this instance was the employer’s “salary policy”, available on the staff intranet.

The policy provided for check-off arrangements to be made. Contrary to the employer’s contention, the court had no issue with finding that the staff intranet might be a source of an employee’s contractual terms and commented that it would not expect employees to engage in extensive, if not impossible, archival research to retrieve these.

In light of this, the High Court ruled that the employer was under a contractual obligation to continue to provide the arrangements.

Over the course of 2014, the employer had consulted its employees and held discussions with trade unions in respect of its proposal to discontinue its check-off arrangements. When it finally decided to bring these to an end, it gave employees more than three months’ written notice.

The salary policy simply mentioned the employer’s ability to withdraw the arrangements in the event of official industrial action.

The employer suggested that there was an implied term that entitled it to bring the arrangements to an end and that their actions in giving notice lawfully extinguished its obligation to provide the arrangements.

However, to amount to an implied term, the provision must be necessary to give business efficacy to the contract or so obvious that it goes without saying.

The High Court was not persuaded that these tests were met and, in the absence of any express ability to end these arrangements, rejected the argument that the contracts had been varied.

In addition, PCS argued that it was entitled to enforce the check-off provision. The union relied on the Contracts (Rights of Third Parties) Act 1999, which states that a third party can enforce a contract under which it might benefit unless the parties to the contract did not intend this to happen.

The employer argued that the check-off provision did not “purport” to benefit PCS, but the High Court found that it was an inevitable benefit that PCS enjoyed and this was not countered by the fact that the employees did too.

It also rejected arguments that the parties had not intended for there to be enforcement by a third party. There was an absence of contractual material to support this view and previous case law held that, where a contract is silent on this point, it is not a signal of the parties’ intention to prevent a third party from enforcing a contractual provision.

Finally, the employer’s argument that any enforcement would be at the expense of the employee was disregarded. The High Court highlighted that employees are entirely able to withdraw their consent to the salary deductions at any time.

The High Court held that PCS was entitled to enforce the check-off provision in the employees’ contracts, given the clear contractual obligation on the employer to provide the arrangements.

It is worth noting that, subsequent to this case, the Trade Union Act 2016 has indicated that check-off arrangements in the public sector may be prohibited at a future date, though this would require further legislation.