By Adam McCulloch on 30 Jul 2018 in Latest News, Stress, Productivity 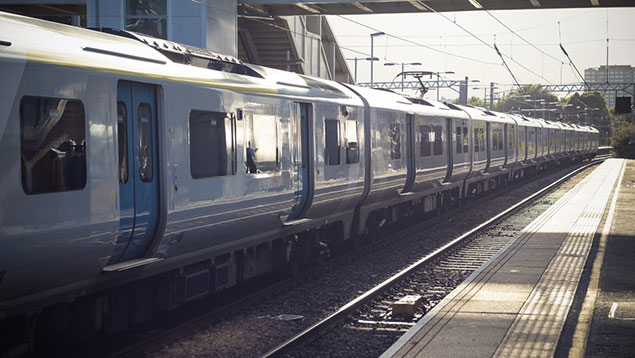 Northern rail has today reinstated 75% of the routes it had scrapped in the wake of botched timetable changes as, last Friday, rail regulator the Office of Rail and Road (ORR) put much of the blame for recent train chaos on Network Rail.

Workers reliant on particular services, such as those living in Lancashire, Manchester and Merseyside and, in the south, towns such as St Albans, Sutton and Harpenden, have been particularly hard hit by the disruption on the likes of the Thameslink (owned by Govia) and Northern (owned by Arriva North) networks since May’s timetable changes.

Is an employer required to pay employees who arrive late or do not arrive at all due to disruptions to public transport?

Many workers in both regions have reported that they have missed shifts, been forced to take taxis to get home and constantly been late for work. This has led to lower productivity, increased stress and loss of employment.

Northern has said it will gradually reintroduce services with the remaining 25% of missing routes operating by the end of September.

Manchester mayor Andy Burnham told BBC Breakfast he was not hopeful that Northern would greatly improve services for struggling commuters. He said: “Even if trains do run better today it’s because there were no services yesterday.

“Speak to any commuter in the north-west of England and they will tell you that Northern services were poor for a long time before the new timetable came in and they haven’t got much better in the two months since,” he added.

“If you turn up at a train station it’s effectively a lottery.”

He questioned the government’s determination to deal with the rail companies and said that ministers simply passed the buck on to the industry when asked to take action. He added that had similar problems been occurring in the south-east then the government would have taken swift action.

However, many in the south-east unable to get to work on Thameslink services would testify that the problems there were exactly the same − and that transport minister Chris Grayling had still failed to take action.

The only high-profile resignation caused by the chaos so far has been that of Charles Horton, chief executive of Govia Thameslink.

The ORR said that while Network Rail had not implemented best practice, it was not solely to blame for the fiasco since May, with the train operators receiving criticism for failing to ensure drivers had clearance to operate new routes.

Hey @SouthernRailUK @TLRailUK I’ve handed my notice in because I cannot cope with the terrible service anymore. 8 years and this past few months has finally sent me over the edge. Can I get a refund on my monthly season ticket seeing as I’m not going to need it now? #thameslink

The ORR has given Network Rail until 31 August to report on how it intends to ensure similar problems won’t occur with future timetable changes including co-ordinating changes with engineering project managers.

Why can you not go back to the timetable that was in place before may 20th? I landed my dream job in March this year and having to consider leaving due to not being able to travel home in less then 2.5 hours for what is normally a 40 minute journey. Due to 1 train an hour!

Commuters over the past few months have been very active in condemning the service, voicing fears over their jobs, impact on caring responsibilities and general stress levels.

The St Albans Commuter and Passenger Action Group, set up by Lib Dem parliamentary candidate in 2017 Daisy Cooper, polled rail users on the impact of the disruption on the local Thameslink lines. The results reveal the most common impacts experienced were “professional reputation worries”, being late for work, mental health impact, extra stress at work and home, loss of sleep and missing meetings.

Summarising the ORR report, John Larkinson, the regulator’s director, railway markets and economics, said: “Network Rail has acted to bring the industry together to address timetabling issues, but more and faster change is needed to provide assurance to passengers. That is why we have set out these actions designed to improve capability within Network Rail.”

Network Rail managing director Jo Kaye, said in response to the ORR report: “We accept the findings of the ORR investigation into why timetables weren’t finalised 12 weeks in advance. It’s clear from the ORR’s investigation that the issues with timetabling go much further than Network Rail, and we welcome and look forward to the industry-wide inquiry. We remain truly sorry for the part we played in the process that caused disruption for so many people and we have learned lessons to make sure it is not repeated.

“We are already putting the ORR’s required plan into action including establishing new joint working arrangements with train operators to support development of the timetables for December 2018 and May 2019.”

Thameslink chief executive Patrick Verwer referred to the network’s latest emergency timetable, saying: “My priority is to ensure passengers have the punctual service they are promised, and the new interim timetable is starting to achieve that.

He also indicated that that Network Rail was responsible for many of the issues: “While the overall picture has improved, some infrastructure problems beyond our control have impacted services.”

The rail unions have condemned the train operators, and Network Rail, over the problems.

Analysis by the Northern Powerhouse Partnership (NPP), a thinktank set up by the former chancellor George Osborne, shows that £38m had been lost to the northern English economy on Northern trains alone this summer, and up to £1.3m a day. It also revealed that up to one million hours of people’s time had been lost.