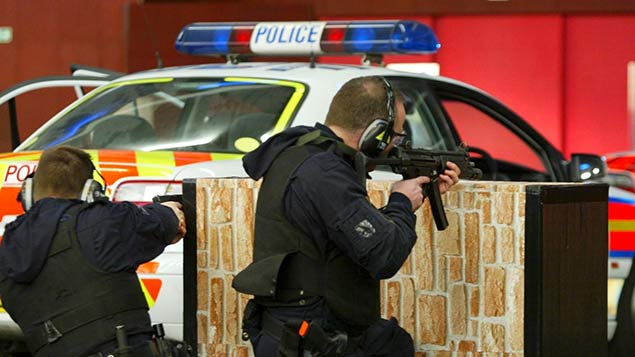 An employment tribunal has held that a female police officer who was required to attend an intensive firearms training course on her return from maternity leave was subjected to indirect sex discrimination. Stephen Simpson rounds up employment tribunal decisions reported in the past week.

Sex discrimination in the police force

Police: keep up to date with recent discrimination claims

She completed the first course, to which she could commute, but protested having to complete the second course, which was further away and required her to stay overnight.

She cited insurmountable difficulties in arranging childcare for her child and was subsequently allowed to complete the second course through modular training, without the need to attend the four-week training course.

The employment tribunal held that the training requirement was indirectly discriminatory against women. Although the requirement could place any working parent at a disadvantage, it placed new mothers at a particular disadvantage.

Christian health worker responds following unsuccessful tribunal claim
A Christian health worker who lost her religious discrimination claim has told the BBC that she was made to look “a bit crazy” when an NHS trust disciplined her for trying to convert a Muslim colleague. The judgment in Wasteney v East London NHS Foundation Trust, in which the tribunal vindicated the NHS trust’s decision to discipline the worker for inappropriately promoting her religious beliefs at work, has now been made public. The trust has issued a press release explaining its side of the case.

Derby priests unfairly dismissed over £2-an-hour pay protest win tribunal victory
Four “vulnerable” priests at a Sikh temple in Derby who were paid only £2 an hour have won an employment tribunal ruling, according to the Derby Telegraph.

Doctor Raj Mattu’s £14 million claim for sacking “is greedy”
A top heart specialist, sacked following whistleblowing allegations, has halved his legal claim for over £14 million after being dubbed “greedy” by the trust that employed him, the Birmingham Post reports.