By Stephen Simpson on 8 Dec 2014 in Tribunal Watch, Whistleblowing 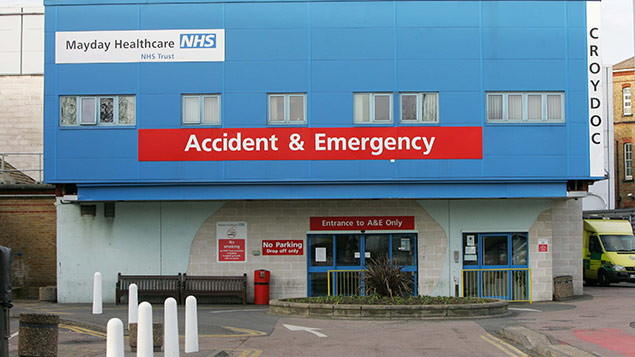 An employment tribunal has held that a leading cardiologist who blew the whistle on safety following a patient’s death at Croydon University Hospital was unfairly dismissed. Consultant cardiologist Dr Kevin Beatt will receive compensation following the ruling against Croydon Health Services NHS Trust. Stephen Simpson rounds up the past week’s tribunal claims.

Cardiologist unfairly dismissed by Croydon Hospital for whistleblowing on patient safety An employment tribunal has held that a whistleblowing doctor at Croydon University Hospital was unfairly dismissed amid a calculated attempt to damage his reputation, according to the Croydon Guardian. The NHS trust dismissed Dr Beatt after he raised concerns about staff shortages, problems with equipment and workplace bullying.

Garage ordered to pay sacked mechanic £46,000 after he accused bosses of charging for unneeded work A garage has been ordered to pay £46,000 to a mechanic unfairly sacked when he accused his bosses of charging customers for unneeded work on cars, says the Mirror. Jason Phur showed in the employment tribunal that he was dismissed for raising concerns over unnecessary car maintenance. He was told to remove a cylinder head when the fault was elsewhere and to fit a clutch when it did not need replacing.

Catholic nurse awarded £10,000 after colleague’s “Drumcree chicken” jibe A Catholic nurse has been awarded almost £10,000 by a tribunal after complaining of a campaign of sectarian harassment at a Northern Ireland hospital during which he was offered “Drumcree chicken” (a reference to a dispute over Orangemen marching through a predominantly Catholic area) while eating with colleagues in July 2011, according to the Belfast Telegraph. Shane O’Hare, a nurse working for the South Eastern Health and Social Care Trust, also claimed that he was told “Micks at one end, Oranges in the other.”

Doctor loses race discrimination case against hospital trust that demoted him following colleague bust-up A doctor who was demoted following a bust-up with a surgeon at Manchester Royal Infirmary has lost his race discrimination case against the hospital, reports the Manchester Evening News. Consultant anaesthetist Dr Kamran Abbas and consultant surgeon Jarrod Homer were both given final written warnings after the altercation in front of colleagues.