Two-fifths of businesses in the dark about apprenticeship levy 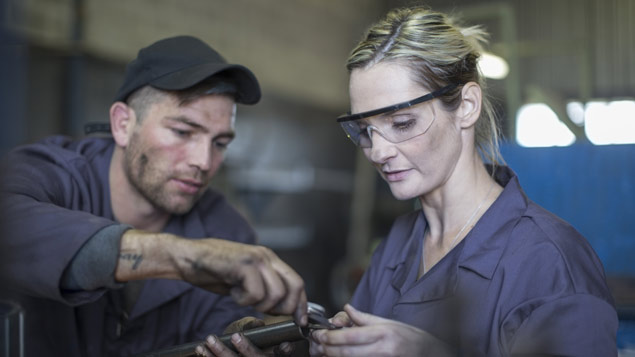 Two-fifths of businesses still have no understanding or have not even heard of the upcoming apprenticeship levy, a survey by the British Chambers of Commerce (BCC) has found.

Although the levy, which applies to companies with a payroll of more than £3 million, will come into force in April 2017, 39% of respondents to the BCC’s survey said they had no understanding of, or had not heard about, the forthcoming requirements.

Government pushes ahead with apprenticeship levy

What will employers be able to spent apprenticeship levy funding on?

Furthermore, more than half (51%) of businesses did not understand how the funding reforms will work above or below the £3 million pay bill threshold.

Just under one in three (30%) medium-sized businesses (between 50 and 249 staff) said they would fall under the scope of the levy, which will require them to contribute 0.5% of their wage bill towards apprenticeship funding through PAYE. Each employer will have an annual allowance of £15,000, offset against the levy.

The Government aims to create around three million new apprenticeships by 2020, and funding raised by the levy will be available to employers of any size.

The levy is expected to raise up to £3 billion a year by 2019-20, and, of this, the Government estimates that £2.5 billion will be spent in England, with the remaining £500 million allocated to Scotland, Wales and Northern Ireland.

However, only 11% of businesses polled by the BCC said that they felt the reforms would increase the number of apprentices they took on, and just 5% said the levy would have a positive impact on their wider training budget.

A large number of businesses said they felt the apprenticeship levy was more like a tax, with 40% expecting to only partially recover their levy payment, and 10% not expecting to recover any.

Marcus Mason, head of education and skills at the BCC said: “The Government needs to ensure that businesses understand how they could benefit from the reforms because, if it just feels like yet another tax, then the policy will have failed.

“Devolved administrations also need to provide a guarantee that the money raised is ring-fenced and kept for training.”

He added: “The Government should allow businesses to use the levy funding to support other high-quality workplace training or there is a risk of displacing other valid forms of training.

“Fundamentally, treating apprenticeships as a numbers game would benefit neither businesses, nor apprentices themselves.”