What the Great British Bake Off teaches us about retaining talent

By Andrea Nicholls on 22 Sep 2016 in Legal opinion, Retention of staff, Restrictive covenants 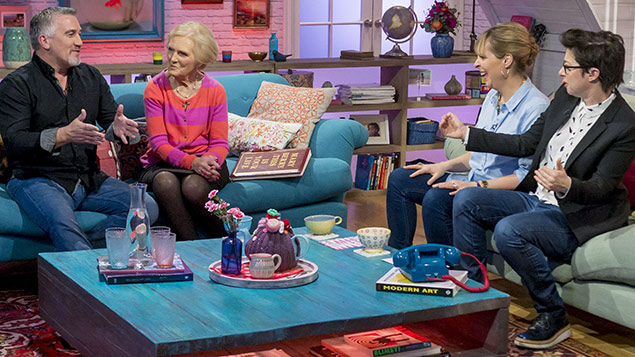 Three of the four GBBO presenters have announced they are leaving the show. Photo: Steve Meddle/ITV/REX/Shutterstock

Fans of the Great British Bake Off are still reeling from the news it will move from the BBC to Channel 4, without presenters Mel, Sue or Mary Berry. Andrea Nicholls, founding partner of AN Law, examines how employers should react when there’s a risk of key people leaving, and if there is anything they can do to mitigate losing top talent.

The news that the Great British Bake Off has been poached by Channel 4 has left many fans wondering whether or not the hit programme will follow in the footsteps of Top Gear and flounder without its usual line-up.

Practical guidance on drawing up a restrictive covenant

Presenters Mel Giedroyc and Sue Perkins, collectively known as Mel and Sue, quickly stated that they “won’t be going with the dough” and will remain with the BBC.

And now judge Mary Berry has stated that she will not follow the show to Channel 4 out of “loyalty” to the BBC. Only Paul Hollywood, the show’s other judge, is retained as the show changes channels.

The Bake Off scenario will resonate with many business owners who are fearful of losing key talent they regard as critical to their business.

Indeed, the repercussions of losing a team player can be significant especially if there is a risk that clients, customers or suppliers will seek to follow them – not to mention other team members.

So how can a business look to retain key talent? Legally, there is nothing an employer can do to prevent an employee leaving, and for many employees it is the case that “money talks”.

The only tool really available to businesses seeking to deter key staff from leaving is the inclusion of restrictive covenants – such as a non-compete clause in their employment contract.

However, restrictive covenants are designed to protect the business after an employee has left, rather than prevent them from leaving.

In practice, the courts will only enforce these types of clauses if they go no further than is reasonably necessary to “protect a legitimate business interest”.

This is not a straightforward concept as illustrated by the recent case of Bartholomews Agri Food v Thornton. Mr Thornton joined Bartholomews, an agricultural merchant, as a trainee in 1997.

In December 2015 he resigned, announcing his intention to join a competitor once his notice period had expired in March. Bartholomews applied for an interim injunction to enforce the terms of a non-compete restrictive covenant, which sought to prevent him engaging with a competitor for a period of six months.

The court ruled that the covenant was a restraint of trade and unenforceable and so the interim injunction was rejected. The judge’s decision has some pertinent points that are often overlooked.

When the courts are considering whether or not a restrictive covenant is enforceable, the reasonableness of the clause is assessed when the covenant was entered into, not when the employee has resigned or left.

Is the covenant appropriate?

In the Bartholomews case, Mr Thornton entered into the restrictive covenant when he was a trainee. This was deemed to be “manifestly inappropriate” for a junior employee. It was therefore unenforceable at the time it was agreed and it remained so even though Mr Thornton had climbed the career ladder and was now regarded as a senior member of staff.

Another key feature in the Bartholmews case was that the covenant also restricted Mr Thornton from dealing with customers in Wiltshire, Dorset or Kent even though he only dealt with customers in West Sussex. This area restraint was deemed unjustifiably broad and so also unenforceable.

If a person has been promoted or if the business has grown significantly, whether by mergers or acquisitions, it is worth reviewing the restrictive covenants and where possible seek to put in place new ones.

When imposing a new covenant, the normal contractual principles apply (offer, acceptance and consideration). “Consideration” could include a promotion or other incentive. Alternatively, if the restrictions are signed “as a deed”, the need for “consideration” is avoided, as documents signed as a deed do not require this.

So, while these types of clauses are often included in employment contracts, this ruling highlights the need for employers to take great care when drafting a restrictive covenant and to make sure that each one is tailored to the individual.

The case also emphasises that litigating on these clauses may backfire. Employers need to carefully consider the cost of taking court action to enforce restrictive covenants in terms of legal fees and management time. Not to mention the risk that if they lose they will be liable for their ex-employee’s legal fees and, if an interim injunction was granted, any loss suffered by the employee.

That said, some employers adopt an aggressive response to breach of restrictive covenants, which no doubt does impact on the psyche of other departing employees.

It is also worth bearing in mind that, earlier this year, the Government announced a call for evidence on whether or not certain employment rules, such as non-compete clauses, “unfairly hinder workers from moving freely between employers, and from developing innovative ideas”.

While the Government has not suggested banning these types of clauses, it is fair to presume that some reform could be on the agenda.