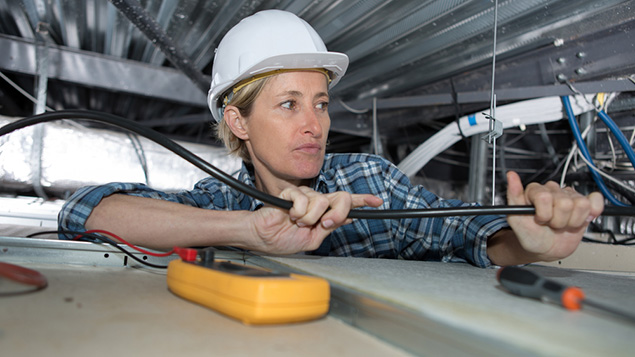 Two-thirds of businesses are worried that they will not be able to find sufficiently skilled people to fill high-skilled roles, according to industry body the CBI.

However, 85% said they would either maintain or increase their investment in training to help meet the skills deficit. The CBI’s annual skills survey, in conjunction with Pearson, found that 79% planned to increase the number of high-skilled roles in their business in the coming years.

John Cope, head of education and skills at the CBI, said there was “room for optimism” as employers increased their spending on training.

“The vast majority of firms do expect to maintain or even increase their investment in staff training, as well as increase the number of higher-skilled roles over the coming years. This is the first time since 2014 that these numbers have been so positive,” he said. Currently UK employers spend £44.2 billion on training each year.

When it came to the apprenticeship levy, more than a quarter had chosen to absorb it as an additional cost of doing business rather than a skills policy, the CBI found.

Fifty-nine per cent of respondents said that allowing use of levy funds to cover a wider range of training activities would boost their confidence in it. Around half (47%) called for the system to be more responsive and user friendly. A third of businesses claimed that the inflexibility of the funding rules was the single biggest problem.

Furthermore, many businesses struggled to recruit apprentices – 59% experienced difficulty in hiring at this level or expected to do so in the next three years. The CBI said these were “worrying findings”.

At the lower end of the skills spectrum, the CBI found that more businesses expect to increase the number of low-skilled workers than expect to reduce them (margin of +3%), but that the percentage of companies not confident about their ability to fill these roles had doubled compared with 2017 (up from 18% to 37%).

Businesses are also keen to hire staff with leadership and management skills; this was the case for just under three-quarters (73%) of employers.

Other key findings of the CBI skills survey included:

The CBI made a number of recommendations to the government based on the findings of its survey, including “urgent reform” of the apprenticeship levy system so it is more flexible and easier to access for smaller businesses.

Neil Carberry, chief executive of the Recruitment and Employment Confederation commented on the research: “Availability of skilled candidates is already tight, so improved investment in education and training from government and employers is essential, alongside a pragmatic approach to post-Brexit immigration.

“Last week’s Budget provided some welcome progress on the apprenticeship levy – and careers advice changes have quickened – but the pace of reform is too slow. The levy needs reform now to deliver the skilled workforce this research shows we need – including opening up support to temporary workers.”