By John Philpott on 14 Sep 2012 in Settlement agreements, Opinion 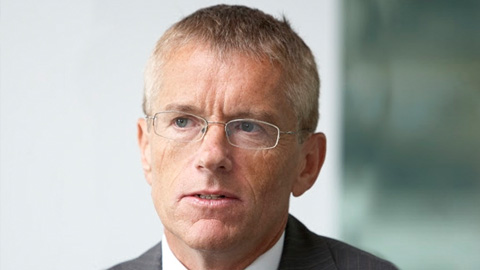 Business secretary Vince Cable clearly has a political fight on his hands. Many Conservative MPs would prefer it if one of their own were doing Cable’s job and are even more scornful following reports that he has exchanged the occasional text message with Labour leader Ed Miliband. The recent appointment of Michael Fallon and Matthew Hancock, two allies of Chancellor George Osborne, as ministers in the Department for Business, Innovation and Skills reinforces the view that the secretary of state is under close ideological scrutiny.

In such a tense situation, it is hardly surprising that the latest package of proposals to streamline UK employment law conveys more than a hint of political compromise. The package may omit the most controversial idea floated earlier this year by venture capitalist Adrian Beecroft – who, in a report for Downing Street, recommended that employers, small businesses in particular, ought to be able to fire staff “at will”; but even these “Beecroft-lite” proposals are probably more than Cable in his heart of hearts knows are necessary.

Employers’ organisations and some in HR may welcome the key proposals: so-called “settlement agreements” to enable bosses to dismiss staff in “a fair and consensual way” without resort to an expensive employment tribunal process, and a cap on compensation for unfair dismissal. But there is nothing to suggest that this further watering down of workers’ rights, which comes on top of the extension to two years in the qualifying period for protection against unfair dismissal, will be of any benefit to UK plc.

In launching the consultation package, the business secretary states that: “The UK has a lightly regulated flexible labour market that the Organisation for Economic Cooperation and Development (OECD) considers to be among the best in the world, behind only the USA and Canada.” Cable goes on to suggest that this “low reg, high flex” labour market helps explains why the private sector has generated around one million extra jobs during the past two years. Yet, while one might argue that even less employment protection would bring even more jobs, what the business secretary will be aware of, but fails to mention, is the lack of evidence to support this claim.

Regular reviews of evidence on the effects of employment protection legislation published by the OECD suggests that while less job protection encourages increased hiring during economic recoveries, it also results in increased firing during downturns. The overall effect is thus simply to make employment less stable over the economic cycle, with little significant impact one way or the other on structural rates of employment or unemployment.

There is no evidence that UK employment suffered significantly in the 1970s as a result of the introduction in 1975 of a six-month qualifying period for rights against unfair dismissal or that there was any substantial benefit when the qualifying period was subsequently raised to two years in the 1980s before being lowered to one year in 1999. In light of this, it is unlikely that the recent increase to two years, let alone further watering down of employment protection legislation, will have any beneficial effect.

Employment law should seek to reach an appropriate balance between enabling employers to make reasonable decisions based on a genuine assessment of employee performance and giving employees a sufficient sense of job security to actively engage with the organisation they work for. Tilting this balance too heavily in favour of employers by way of deregulation runs the risk of reinforcing a hire-and-fire culture in UK workplaces that will be detrimental to fostering genuine engagement between employers and their staff, and is potentially harmful to the long-term performance of the UK economy. Oddly, while Cable openly acknowledges this in his rejection of Beecroft’s “fire at will” no-fault dismissal proposal, he does not seem to recognise that his own proposals carry the same risk. We must hope that, in having to perform a political balancing act within the coalition, the business secretary does not unbalance our workplaces.