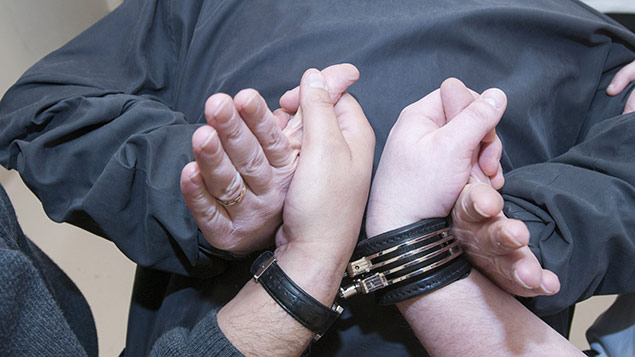 The case related to the method of restraining a prisoner. Stock photo: ID.8 Photography/REX Shutterstock

In DLA Piper’s latest case report, the Employment Appeal Tribunal (EAT) held that, where there are allegations of bad faith against an employer in a disciplinary procedure, they must be put to the employer’s witnesses at the tribunal. Failure to do so may render the resulting decision unfair.

Deal with a misconduct issue

The employee worked for the National Offender Management Services as a prison officer from November 2005 until his employment was terminated in August 2013 for gross misconduct.

In January 2013, the employee was one of three officers involved in a planned intervention involving a prisoner, which was recorded on CCTV and witnessed by a number of other employees.

During the course of the incident, the “control and restraint technique” was used because the prisoner refused to follow instructions.

One of the witnesses emailed her line manager and claimed that, during the intervention, the prisoner was repeatedly punched on the back. The employee was suspended as a result.

An investigation was carried out, after which the investigatory manager deemed it appropriate to test the allegation of assault at a disciplinary hearing, where the hearing manager took the view that the employee had used unnecessary force during the intervention and dismissed him for gross misconduct.

The hearing manager did so on the basis of evidence gathered as part of the initial investigation and evidence from an expert on the use of force who reviewed the CCTV footage. He did not, however, gather evidence from the witness who made the complaint, nor the prisoner subject to the alleged assault.

The employment tribunal contended that the disciplinary hearing manager acted in bad faith, suggesting he did not have a genuine belief in the employee’s misconduct.

The tribunal questioned the fact that specific individuals were not called as witnesses and that the employer preferred the evidence of an individual who reviewed the CCTV footage over an eyewitness who was present during the intervention.

Despite this, the employer’s witnesses were not questioned at all on the issue of bad faith at the tribunal.

It was submitted that the employer had acted unreasonably in the disciplinary process and, as a result, could not have considered the appropriateness of the sanction against the background of a fair process.

Consequently, the decision to dismiss could not have been based on reasonable grounds that the employee was responsible for the alleged misconduct. The tribunal arrived at the decision that the dismissal was unfair.

The EAT held that the employer had not been given the opportunity to deal with the allegation of bad faith against it as it had not been put to the disciplinary hearing manager at the tribunal.

It also held that the tribunal had failed to consider whether or not the employer’s decision to dismiss fell within the band of reasonable responses that a reasonable employer in those circumstances and in that business might have adopted.

The EAT said that the tribunal had erred in substituting its view for that of the reasonable employer in finding that the dismissal was unfair, and the appeal judge remitted the case to a different employment tribunal for a rehearing.

This case highlights the significance of correct procedures being followed within the employment tribunal and the protection afforded to parties as a result.

Employers should be aware of the importance of central issues being put to witnesses. However, failing to do so will not necessarily give rise to unfairness, unless it is sufficiently serious as to constitute an error of law.

Where there is an allegation of improper motive or bad faith, this must be put to the parties in questioning so that they are given a proper opportunity to respond. The employment tribunal cannot make findings based on an allegation where it has failed to seek the parties’ position on the matter.