By Jo Faragher on 2 Jun 2015 in Police, Wellbeing, Assessment 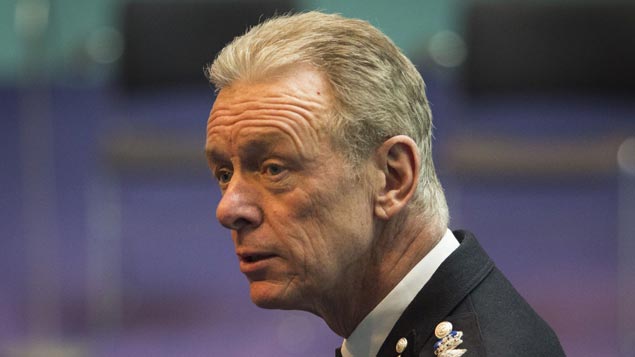 Britain’s most senior police officer has warned in an interview for the Radio Times that “the standard is too low: I think it should be higher”, referring to the introduction of mandatory annual fitness tests in 2014.

The so-called “bleep tests” came into force last year in England and Wales following the Winsor policing review of pay and conditions. The test requires officers to do shuttle runs in time with the bleeps until the bleeps get too quick.

Hogan-Howe said that unfit police officers who failed the test should be given time to lose weight and get fitter, but if they failed to improve “then we haven’t got a job for them”.

He told the interviewer: “I think you’ve got a duty to your colleagues. If they shout for help, they want fit people to come. They don’t want somebody waddling down the road who’s never going to arrive, and when they get there they’re out of breath.”

The Winsor review recommended that forces in England and Wales bring tests in line with those in Northern Ireland, where recruits have to do a series of push-and-pull exercises and a three-lap circuit, including crawling, jumping and climbing.

John Tully, chairman of the Met Police Federation, argued that officers were short of time due to budget cuts, so could not always maintain their fitness during work time.

He added that some officers may have been unable to pass the test due to an illness or injury that they had received on duty.

According to statistics from the College of Policing, the test was failed 807 times last year out of a total of almost 30,000 tests taken. If an officer fails, they are able to take it twice more before disciplinary measures are considered.

Hogan-Howe’s remarks follow a landmark appeal case earlier this year over the legality of the A19 rule, which requires police officers to retire after 30 years’ service.

A decision earlier this year by the European Court of Justice holding that a Danish childminder’s obesity could be considered a disability may make it difficult for forces to exclude officers on the basis of not passing the test.