By Chris Tutton on 11 Nov 2015 in Bribery, Corporate governance, Whistleblowing 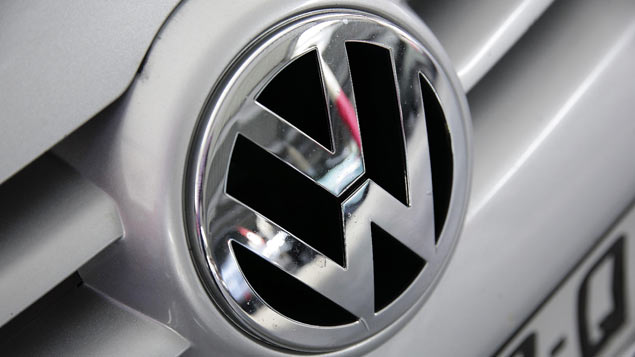 As Volkswagen’s diesel emissions scandal spreads to its petrol engines, Christopher Tutton outlines how companies should be examining their own anti-corruption, bribery and whistleblowing policies to ensure they are compliant, and they are protecting their own liability.

In September, it was revealed that many VW cars sold in the US were over 40 times the legal limit for diesel emissions. It turned out that the German car giant had deliberately cheated emissions tests, which meant the cars performed efficiently, but only in a test environment, due to software they had installed.

To whom can a worker “blow the whistle”?

West Virginia University uncovered the deception in a study that aimed to show how technology used to produce clean emissions does not necessarily affect automotive performance.

Instead, the researcher’s tests showed that VW cars were producing 40 times the nitrous oxide emissions legally allowed in the US.

The scandal has already cost Volkswagen at least €6.5 billion (the amount they have set aside to cover costs of recalling and fixing the cars), with the potential of fines from the Environmental Protection Agency and a criminal investigation to follow.

Clearly a scandal like this can be costly, even fatal, for a company and should be avoided at all costs.

It also raises a number of complex legal issues. Of particular concern are whether or not VW might have contravened laws relating to bribery and corruption or failed to encourage or protect whistleblowers from raising concerns.

In the UK, corruption and bribery laws are set out in the Bribery Act 2010. This introduced a new criminal offence for organisations that fail to prevent bribery.

However, there is a defence to this if a company can show they had in place “adequate procedures” to prevent bribery.

Employers have a responsibility to keep their bribery and corruption policies and procedures under constant review and up-to-date.

The responsibility does not stop at providing anti-corruption training for employees; employers must provide a system for internal reporting and whistleblowing, and investigate and document any suspected breaches that arise.

The Ministry of Justice (MOJ) published a guidance note to the Bribery Act, which outlined the procedures that companies can put in place to prevent bribery and corruption.

One of the key principles of this guidance note is that top-level management of a company should be committed to preventing bribery in that company, and fostering a culture in which it is never acceptable.

The MOJ guidance also recommends that companies set out policies and procedures for whistleblowing.

Merely having policies and procedures is not enough, these must be adhered to, and employees must feel safe in the knowledge that their disclosure will be confidential and they will not be subjected to any detriment.

It seems inconceivable that a large, multinational corporation such as Volkswagen did not have extensive policies and procedures in place for anti-corruption, bribery and whistleblowing, yet the deception still occurred.

This suggests that Volkswagen may not have had clear and robust education around its whistleblowing and anti-corruption policies, to give employees the confidence to make a disclosure.

Either that, or concerns were not escalated appropriately so that senior management had to act on the disclosures.

If what has been said in the press over the past weeks is to be believed, it seems as though the Volkswagen board had no knowledge of the “Diesel dupe” as it occurred.

Some have supposed that considering the way in which cars are manufactured, it would not have been possible for the knowledge to be limited to a small select number of people, as there is a chain of command that would have approved the use of the cheating software.

German newspapers have reported that the software was developed in conjunction with Bosch who were aware of the systems failings and alerted Volkswagen as far back as 2007, but Volkswagen failed to act. Additionally, it has been reported that a whistleblower tried to raise the alarm internally in 2011.

As a result of these failures, Volkswagen is now facing claims for criminal liability. There is potential for corporate manslaughter claims, and we know that the US Justice Department is conducting a criminal investigation into the matter.

It has been estimated that nitrous oxide, the gas emitted in dangerous levels by the “Diesel-dupe” cars is responsible for over 12,000 deaths a year in the UK, and has been linked to causing asthma.

Volkswagen is already facing class action suits from owners of Volkswagen cars in the US whose cars have fallen in value, with the potential of claims from the UK to follow.

The company could also face potential class action suits from shareholders, who have seen their shares plummet by around 30% since the deception was revealed.

Volkswagen’s whistleblowing procedures may have contributed to the situation they now face with large financial liabilities, and severe damage to reputation. CEO Martin Winterkorn has already resigned and several engineers have been suspended.

Whether the “Diesel dupe” was carried out by a few rogue engineers without the knowledge of the senior management, or whether everyone in the company knew, it was the senior management’s responsibility to foster a culture where everyone worked to prevent all forms of corruption in the business and ensure the company’s whistleblowing policies were robust.

Chris Tutton is head of the London employment team at Irwin Mitchell.
View all posts by Chris Tutton →
Previous Article
Next Article