What are employers’ options as they await major rulings on holiday pay? 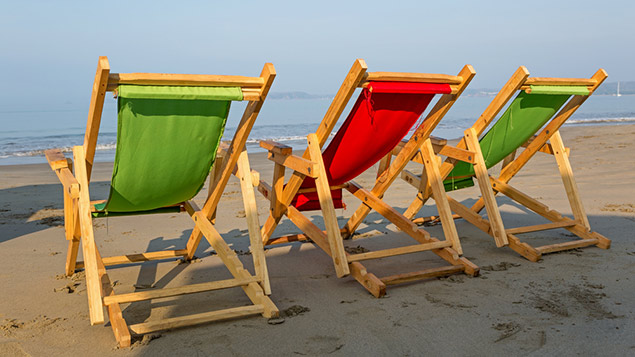 Holiday pay should reflect commission or overtime as well as basic pay, according to the recent judgments

A number of important cases on holiday pay entitlement are going through the courts, and the outcomes could leave employers with a substantial bill for back-pay. John Charlton summarises opinions on the options open to employers while they wait for the courts to make their rulings.

Since the May 2014 ruling by the European Court of Justice (ECJ) in Lock v British Gas Trading and others that holiday pay should reflect commission as well as basic pay, employers have had to wait and see the outcome of the Leicester tribunal’s deliberations on how to interpret the ECJ ruling. This decision is expected soon.

Retrospective claims for outstanding holiday pay going back perhaps to 1998 … will be possible” – David Fagan, partner at Weightmans

Also expected before long are rulings in three conjoined cases – Bear Scotland v Fulton and Baxter, Hertel (UK) Ltd v Wood and others and Amec Group v Law – that focus on whether overtime or shift allowances should be included in holiday pay calculations.

The ECJ ruling shone a light on the woolliness of the Working Time Regulations (WTR) 1998, which provide that employees should get a week’s pay for the minimum four weeks of leave to which they are entitled under the EU Working Time Directive (WTD). That has since risen to 28 days in the UK and many employers grant more paid leave than that.

If the widely held assumption that paid leave should reflect basic pay only is blown out of the water by coming rulings it may cost employers dearly. So what should they do?

“As regards commission, employers should certainly consider whether it is appropriate to include it within holiday from this point forward, but legal advice should be taken before doing this.”

His reasons for this are: making payments in respect of commission may prompt some employees to consider lodging a claim; employers could make payments before the law requires it; and including commission in holiday calculations “may not prevent claims going back six years”.

Linklaters’ senior partner Gemma Parker says neither the option of changing holiday pay calculations now, nor of waiting for further clarification from courts and likely appeals, is “ideal”.

“The advantage of making active changes now is that it may be possible to extinguish historic liabilities. This is because any claims must be brought within three months of the last shortfall payment of holiday pay. Once ‘correct’ payments of holiday pay have been made for three months, the recipient workers should no longer be able to bring claims in respect of previous payments, even if it is alleged that these were underpaid.”

She adds that, without any further clarification, employers that change the basis of holiday pay calculations may run the risk of calculating holiday pay incorrectly, and of overpayment which may prove hard to reduce later.

Parker adds that employers who decide to “wait and see” will run the risk of increasing their historic liability on an ongoing basis, which could be a particular problem for employers looking to sell their business.

“Such employers may consider allocating a figure for unpaid holiday pay in their accounts and be prepared to negotiate with prospective purchasers if the issue is raised. The advantage of taking this approach is that any changes the employer does eventually make will at least be based on an accurate interpretation of what the Working Time Directive/Regulations require.”

Louise Mason, senior associate at Hogan Lovells, takes her cue from the ECJ ruling in Williams and others v British Airways, which held that pilots should have various allowances included in their holiday pay.

“Our advice is to prepare for the worst. The test laid down in Williams is that all payments ‘intrinsically linked to the performance of tasks under the contract’ should be included in the calculation of holiday pay. This means that the majority of elements of variable pay are now included or potentially included. Commission and overtime are almost certainly included, together with performance bonuses and standby or call-out payments.

“Even allowances for travel or subsistence could be included, depending on whether they are more in the nature of a bonus than a calculation of cost incurred by a worker. Discretionary bonuses are one of the key problem areas, and they present a real uncertainty. On the face of the Williams test, they would appear to be included since they are intrinsically linked to the performance of some element of the contract,” says Mason.

David Fagan, partner at Weightmans, adds: “The more divorced the payment is from the employee’s standard duties/remuneration (eg standby payments for participating in a voluntary rota, discretionary bonuses, etc) the less likely they are to be relevant, but some of the first-instance cases have held that almost anything but genuine ‘expenses’ must be factored in.”

Worried employers will also wonder whether they may face retrospective claims over possible holiday pay underpayment. Fagan continues: “Depending on the outcome of the current appeals it seems likely that retrospective claims for outstanding holiday pay going back perhaps to 1998, when the WTR were introduced, will be possible, provided there has been no break in the chain of underpayments during that period. Generally, however, such claims have to be brought within three months of the last underpayment so it will be difficult for employees who left an employer some time ago to bring claims.”

Fagan claims that if an employer can show a break in the holiday sequence, for example if the employee changed jobs from one that included variable pay to one that did not, that “it follows from this that breaking the sequence now could limit an employer’s liability”.

Parker takes the view that it is “uncertain whether there is any limit as to how far back an individual can look when making such a claim. The Employment Rights Act 1996, from which the right to claim for what are referred to as a series of claims, does not contain an express limit on how far back a series of claims can stretch. It is therefore arguable that workers could claim… as far back as 1998 when the WTR were enacted. The alternative argument is that the period is limited to six years under the Limitation Act 1980.”

Another question is whether claims may cover the 20 days’ leave specified in the WTD, or the 28 days leave provided for by the WTR.

Mason takes the view that rulings in sickness absence cases, especially Neidel v Frankfurt am Main “make it clear that the additional earnings need only attach to the 20 days stipulated by the WTD. But there is a problem as to how to identify which 20 days of a worker’s 28 day entitlement should be subject to the calculation.”

Resolution of this, as with much of this vexed issue, must await tribunal rulings and possible appeals.

One way out of the holiday pay conundrum may be to amend the WTR, but that looks unlikely.

The EEF head of employment policy Tim Thomas says: “The position of the UK Government, which joined the recent tribunal appeals, is close to that of the EEF, which is that UK law has correctly transposed the original Directive and that no further changes are needed.”

The CBI raised the holiday pay issue with the Department for Business Innovation and Skills. It replied: “The UK offers a very generous entitlement of 28 days which goes beyond the 20 days required in the WTD. We understand the deep concern felt by many employers and will be intervening in the EAT cases to make our views clear. It is unnecessary and inappropriate for the EU to lay down rules on points of such detail.”

In particular, the CBI wants the Government to stop the possibility of retrospective claims fullstop.

The union Unite, which backed the Locke case, is waiting for the EAT rulings before deciding how it will pursue holiday pay cases. Paul Sellers, TUC policy officer, says it too is awaiting tribunal outcomes. “However we’re taking a pretty robust view. It’s fair to say the Government will resist changes to the WTR but the UK will have to catch up with the WTD in a year or two or could face infraction proceedings”.

He says employees should be “paid properly” for holidays and that this should also be “enforced by HMRC”. “It’s a certainty that unions will pursue holiday pay claims,” he adds.

Legal opinion, in a nutshell, is that you should not hold your breath hoping for WTR amendments. “The prospect of legislative changes are remote,” says Mason.

Fagan says that amending the WTR “could take some time” but admits that “it is possible that any amendment might factor in protections for employers, such as a limit on how far back claims could go. There is, however, every possibility that any such limitations might then be the subject of further challenge in the European courts”.

Anyway, who is to say that amendments would necessarily favour employers?

One Response to What are employers’ options as they await major rulings on holiday pay?