What does the Eweida ruling really mean for employers? 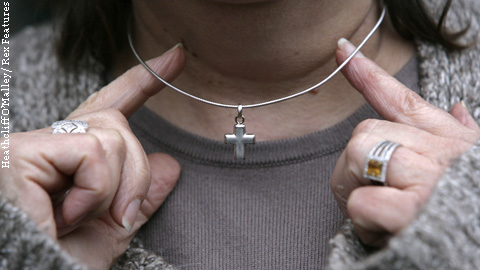 Today’s ruling by the European Court of Human Rights (ECHR) that a Christian employee had her human rights breached by not being allowed to wear a visible cross at work has been heralded by some commentators as a landmark event.

Nadia Eweida took her case to the ECHR after being sent home from her role at British Airways after she refused to remove a cross that was at odds with the company’s dress code.

However, the consequences of the Eweida ruling are slightly more prosaic, and the outcome of the case will not necessarily have a far-reaching impact for all workplaces, beyond the fact that there is now an increased requirement for employers to justify any dress code that could be discriminatory against religious groups.

Such dress codes could include those that preclude employees from wearing items such as a visible cross, hijab or turban.

But some employers’ bans on items that pose health and safety risks – such as hospital staff being unable to wear jewellery for hygiene reasons – will be more easily justified. This relates to one of the cases heard alongside Eweida’s at the ECHR – that of Shirley Chaplin, a nurse who claimed she had been discriminated against for being unable to wear a cross at work. Her employer’s dress code required jewellery not to be worn for hygiene reasons. She lost her case.

It has been claimed that this ruling “defines religious freedom in Britain and across Europe”. But this is not necessarily the case, as legal experts have pointed out.

Stephen Simpson, senior employment law editor at XpertHR, said: “Eweida and Chaplin are good examples for employers seeking to justify having a dress code that could discriminate against religious groups.

“A rule in a uniform policy that leads to a prohibition on religious items such as visible crosses and hijabs will be very hard to justify purely on the basis of the items not fitting a particular “corporate image”. However, a ban on items that genuinely pose health and safety risks is likely to be justified.”

Dr Erica Howard, senior lecturer in law at Middlesex University and expert in freedom of religion anti-discrimination issues, said: “This verdict is a signal to employers that they have to set sensible policies regarding the wearing of religious clothing and symbols. It demonstrates that reasonable requests from employees cannot be refused without seriously considering them. And that uniform policies and dress codes need to be made with consideration of the issues of religious dress and symbols.

Audrey Williams, head of discrimination law at Eversheds, said: “To the relief of employers today, the ECHR has substantially upheld the approach to religious discrimination law adopted by the UK courts and found no significant inconsistency between UK law and the European Convention on Human Rights. However, this is subject to an important caveat: that employers strike a fair balance between the respective interests of religious beliefs and requirements in the workplace.

“Far from eroding employer rights to restrict the manifestation of religious beliefs in the workplace, the case preserves the right to the employer to exercise discretion – as long as this is done appropriately and can be shown to be legitimate.”

Alongside the Eweida and Chaplin cases, the ECHR also ruled on two other cases brought by Christian employees who objected to carrying out certain duties on the basis of their religious beliefs. Gary McFarlane, a relationship counsellor, was dismissed for his objection to offering sex therapy to same-sex couples. Lillian Ladele, a registrar, was disciplined after refusing to conduct same-sex civil partnership ceremonies. The ECHR did not rule in their favour.


Protecting the rights of others

Howard added: “The case of the registrar and the counsellor show that employees cannot expect every request to be allowed: especially not if it interferes with a human right of another person – not to be discriminated against on grounds of sexual orientation, for example. I think the court was right in letting the protection of the rights of others trump the right to freedom of religion in these cases.”

This view was supported by Simpson, who said: “Ladele and McFarlane confirm yet again that employers are not generally expected to compromise their equal opportunities policies for the sake of allowing individuals to ‘opt out’ of duties that they happen to disagree with because of their religious views.”

Employment barrister Daniel Barnett said: “Only one of the four Christian claimants won her case, and that was on very narrow grounds.

“The decision does not prevent employers from imposing dress codes. Nadia Eweida won because the Court said British Airways’ dress code was not consistent and wearing a cross did not prevent British Airways displaying its corporate image. It sets no precedent going forward, and cannot be held out as a victory for Christians. Indeed, the employer won in Shirley Chaplin’s case, upholding the hospital employer’s right to prevent a nurse wearing a cross.

“The Court also held that the UK has a duty to strike a fair balance between the right of religious persons to manifest their religion, and the right of homosexuals not to be discriminated against by organisations such as a local authority or Relate. For Gary MacFarlane and Lillian Ladele, this meant their claims failed.”

For full coverage of the Eweida ruling, visit XpertHR.