TUC: Women work for free for two months a year 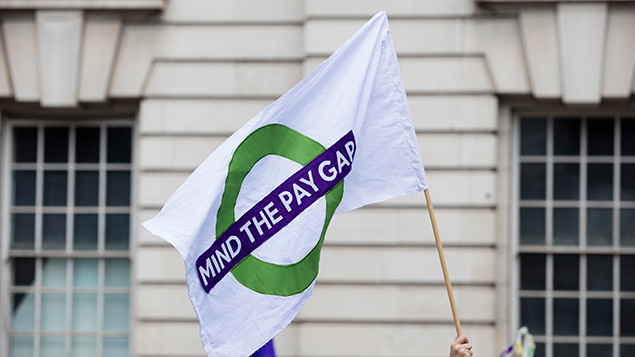 Women work for free for two months of the year as a result of gender pay inequality, according to the TUC.

The union said that today (4 March) is effectively the first day of the year a woman begins to get paid fairly compared to the average man, claiming that women work an average of 63 unpaid days as a result of the gender pay gap.

According to the Office for National Statistics, the average gender pay gap for all employees stands at 17.3%. Women in some sectors – such as education – will have to wait even longer until their “women’s pay day”, the TUC said.

ONS statistics suggest that despite being dominated by female workers, the gender pay gap in education is 25.4%, as so many women are in lower-paid roles.

The TUC said that in professional, scientific and technical jobs, the average woman waits 88 days until she is “paid”, with their day coming on 28 March. The wait is highest in the financial and insurance sector, at 123 days, or 3 May.

From a regional perspective, the gender pay gap is highest in the South East, meaning women will wait until 15 March to begin to be paid at the same level.

TUC general secretary Frances O’Grady said there should be “no more excuses” and called for stronger government action to close the gender pay gap.

“Our economy is stacked against working women. At this rate, it will take another 50 years to close the gender pay gap,” she said.

“Just publishing gender pay gaps isn’t enough. Companies must be required to explain what steps they’ll take to close their gender pay gaps – and bosses who don’t comply with the law should be fined.

“And employers must do more to help women balance family responsibilities and work. Flexible working should be a day one right for everyone at work.”

Under gender pay gap reporting legislation, companies with 250 staff or more are required to report specific figures about their gender pay gap and encouraged to supply a narrative explaining any actions they are taking to reduce it, but this is not enforced.

This April will see the third round of gender pay gap reporting. Employers that fail to report on time or report inaccurate data could face investigation from the Equality and Human Rights Commission.