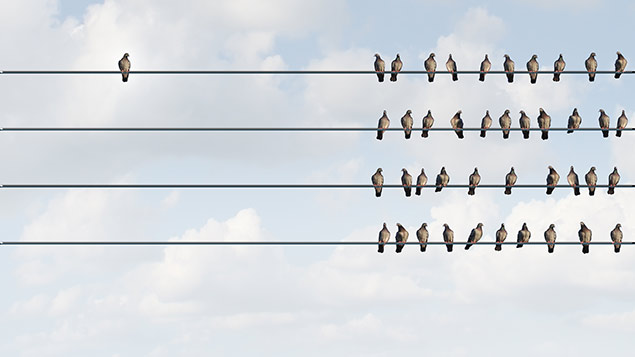 There is ambiguity over what types of associative discrimination claims can succeed under the Equality Act 2010 and the law is still evolving. One case has cast further light on this unusual but potentially growing risk for employers, explains solicitor Matthew Perry.

This is precisely the type of claim that was recently brought in a recent case against Tesco, in which a customer assistant alleged that he had been discriminated against due to his association with a black colleague (who had also previously raised an employment tribunal claim against Tesco, which was settled out of court).

The claimant claimed that his friendship with the colleague was well known and that he was subjected to this detriment due to this. He also said that his suspension for swearing at a colleague evidenced inconsistency in treatment by Tesco because Tesco did not suspend an employee who threatened to punch a fellow worker.

The specific claims considered by the tribunal were:

Historically, UK legislation did not make it expressly clear that claims based upon associative discrimination were permitted. In 2008 in the case of Coleman v Attridge Law and Another the ECJ ruled that under EU law it was not necessary for an employee to actually be disabled to bring a direct disability discrimination claim. Subsequently the government then made it clear in 2010, via the EQA, that claims for associative discrimination could be brought for a wider range of protected characteristics than just disability in respect of both direct disability and harassment claims (although there are some exceptions) .

However, this is still a developing area of law and not all aspects are settled (as, will be explained, was also demonstrated in the Tesco’s case set out below). For example, it remains unclear whether it is possible to bring claims for associative discrimination where the discrimination is indirect. The wording of the Equality Act seems clear that a claim of indirect discrimination by way of association would not be allowed. However, EU law can be viewed as suggesting otherwise, which is significant given that UK courts are obliged to give effect to a principle of EU law.

In the recent case against Tesco, the tribunal was only tasked with deciding the preliminary question of whether or not to allow the claims to proceed to a full hearing. A core part of Tesco’s case was that the individual who had made the decision to suspend did not even know of an association between the claimant and his black colleague, albeit that the claimant maintained that this was not true.

The tribunal had doubts regarding the claimant’s ability to prove his case (in particular his assertion that the detriments had been suffered as a result of his association with his colleague). The tribunal therefore only allowed him to pursue his claims of direct discrimination and harassment provided that he paid a deposit.

The claimant’s claim of victimisation was not allowed to proceed. Employment judge Hosie did not consider that the wording of the EQA provided the jurisdiction for such claims to be brought. This was despite the fact that the earlier case of Thompson v London Central Bus Co Limited had suggested that such a claim was possible. This goes to show the extent to which the boundaries of associative discrimination really are still being fleshed out by the courts.

For example, a refusal to allow a working arrangement (for example, flexible hours) may amount to associative discrimination if it can be shown that an employee who has a disabled child was treated less favourably because of the disability of their child (as was the case in Coleman). With an ageing population and employees increasing need to care for elderly parents, associative age discrimination would also seem a potential risk area for employers.