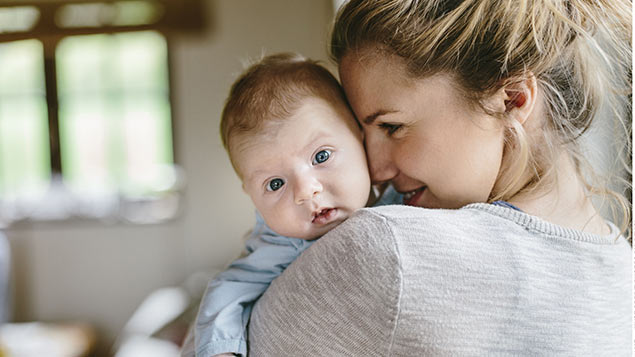 Once women have children, they suffer a “pay penalty” resulting in significantly lower earnings than male colleagues
WestEnd61/REX/Shutterstock

Recent research shows that the gender pay gap has significantly reduced for younger workers, but that the gap remains wide once women become mothers. Ed Stacey questions whether or not gender pay gap reporting will tackle the problem.

The UK has an average gender pay gap of 18.1% in favour of men, and this gap has significantly reduced for each generation since the early 1900s. Despite this positive progress, new figures suggest that improvements in pay equality are limited to younger women, with mothers and older women continuing to earn significantly less than male colleagues over the course of their careers.

These improvements indicate major progression for younger women in the workplace and reflect societal shifts in gender representation, with increasing numbers of women in higher education and occupying senior roles within organisations.

However, the position is not so positive once women reach their thirties, the age at which many will choose to have families. Pay inequality increases sharply and this has remained relatively unchanged across the last three generations.

Baby boomers experienced a 21% pay gap while in their thirties, rising to 34% in their forties.  Generation X suffered a similar fate, with gender pay gaps rising slightly to 10% for women aged 30 but rocketing to 25% by the age of 40.

Despite the comparative pay equality experienced by millennials in their twenties, the gap suddenly increases to 9% at 30 years old, which shows barely any improvement from the previous generation.

These stark figures point towards continuing challenges for women in the workplace, with the gender pay gap significantly increasing as female employees progress through their careers. The depressing message of this analysis is that, once women have children, they will likely suffer a “pay penalty” which will result in them achieving significantly lower earnings than male colleagues across the course of their working life.

Of course, paying employees unequally because of their gender is illegal and would give rise to equal pay and sex discrimination claims.

Additionally, treating employees differently as a result of their pregnancy or maternity leave is discriminatory.  Therefore, female employees receiving lower pay than male counterparts performing comparable work are legally protected and have means of addressing such inequality.

Why the gender pay gap persists among older workers

However, gender pay differences are often much more subtle as they take into account the relative seniority of employees. Gender pay gaps in favour of men are therefore usually driven by the fact that senior roles are dominated by male employees, which boosts average male pay within an organisation.

This under-representation of women in senior positions, as well as the difficulties and lack of opportunities experienced by mothers juggling childcare responsibilities when they return to work, are key drivers of the “pay penalty” impacting older female employees.

PwC research has shown that two-thirds of professional women go into lower-skilled or lower-paid roles, or work fewer hours than they prefer, when they return to work after a career break.

Initiatives to tackle this, such as flexible working and internships targeting women on career breaks, have seen an increase in popularity but are of course voluntary and yet to be embraced by all employers.

The Government’s new mandatory gender pay Regulations, due in force by April 2017, will require UK employers with 250 or more employees to publicly disclose gender pay information on an annual basis. While undoubtedly a positive step forward for equality and diversity, there are concerns these changes will not go far enough in addressing pay inequality for women of all ages.

Under the new Regulations, employers will need to disclose (both on their website and a government-sponsored portal) gender pay and bonus pay gaps, together with details of bonus recipients by gender and male/female employees falling into salary quartiles.

However, there is no requirement for employers to distinguish pay gaps by age group or to identify differences in pay between employees with children and those without. Additionally, there are currently no civil penalties for non-compliance, nor is there an obligation for employers to take action to close any pay gaps identified.

It goes without saying that the new requirements are a step towards greater pay accountability by UK employers, and will highlight organisations and industry sectors with pay equality issues. However, there are concerns that the figures published under the Regulations will mask underlying issues and distort the challenges faced by mothers in the workplace.

While the position for young women today is increasingly positive, priority must be given to addressing the continuing “motherhood pay gap” and ensuring that employees with families are given equal opportunities to develop and flourish in the workplace.