Kronos CEO Aron Ain: “Management is not a spectator sport” 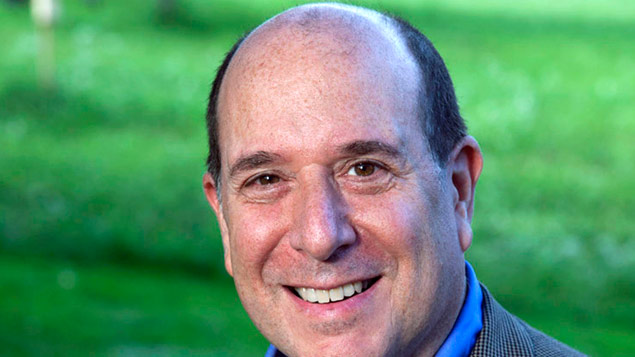 Kronos CEO Aron Ain: "I let others teach me based on conversations, both personal and professional.”

He’s one of the highest rated CEO’s on Glassdoor and engagement scores have shot up at his company. What can managers learn from the leadership style of Aron Ain, boss of HR software provider Kronos?

The management philosophy of Aron Ain, chief executive of workforce management software provider Kronos, may seem deceptively simple, but it does appear to work.

Why it’s crucial to create leaders at all levels

In fact, last year, he received recognition for his viewpoint in a number of quarters – named as one of Glassdoor’s highest rated CEOs based on employee reviews following a 96% approval rating, and given the CEO of the Year accolade by the Mass Technology Leadership Council.

Yet Ain has spent his entire career at the company set up by his brother Mark (and two others) in 1977, having joined straight out of university 38 years ago. His leadership skills, he claims, come from observing those around him.

“My management philosophy is self-taught, but to be fair to others, I was like a student of what was going on around me so I listened, observed and responded,” Ain explains.

“I tried to understand that I couldn’t corner the market of best ideas so I let others teach me based on conversations, both personal and professional.”

In other words, a “burning desire to self-improve and learn” combined with the view that it was important to treat others with “dignity and respect, and to be thoughtful and transparent” acted as the foundation for a belief in the value of employee engagement.

“It’s a strategic imperative,” Ain says. “You can’t deliver great products and services if you don’t have a great culture and managers and talented, engaged people around you. It just doesn’t work.”

Such a belief would appear to have paid off so far. Since he took over as CEO in 2005, Kronos has seen its employee engagement scores shoot up to more than 84%, compared with a tech industry average of about 64%.

At the same time, the company’s annual revenues have grown from $519 million to $1.2 billion, while its workforce has nearly doubled from 2,900 to around 5,000, suggesting a direct line between engagement and financial performance.

But Ain acknowledges that no CEO can create such positive outcomes alone. “The CEO is the person making decisions at the top of the ladder and setting direction for where the team goes,” he says. “But it’s the belief and value system and culture of the company that also contributes to making it successful. It’s about creating an environment in which people can excel and if you do that well, the outcomes will be magical.”

As such, he believes that the role of the CEO is to set the pace, clarify expectations and lead by example. If they do that, “people generally follow”.

“I believe people hire people who share their values and so if you hire someone, they’ll hire someone else with the same values too and the system perpetuates itself,” Ain explains.

“No one ever makes perfect hiring decisions, but you find that companies are like organisms entering the body – if you bring in a leader who doesn’t share its values, it will reject it and they won’t last indefinitely.”

But he also feels that becoming a great leader takes courage. “Who likes having difficult conversations with people if things aren’t going well? No one,” he says. “But you can’t just expect an issue to solve itself.”

As a result, Ain makes a point of telling his team that management “is not a spectator sport”. “You need to get on the pitch and engage and make it happen – get out of the office and show you care. Not everyone does that naturally, but training helps,” he points out.

To this end, Kronos provides the organisation’s 750 senior people managers with regular leadership training opportunities, which includes having them put themselves in other people’s shoes and understand the impact they have on their own teams. Such understanding is based on information collected anonymously from team members and fed back to them.

For instance, a new component was added to the company’s annual employee satisfaction survey last year in the shape of 15 questions focused specifically on how effective individuals felt their managers were – a score that does not always reflect overall engagement levels.

You find that companies are like organisms entering the body – if you bring in a leader who doesn’t share its values, it will reject it and they won’t last indefinitely.”

“Managers are then held accountable to improve. We don’t just assume they’ll become better at it – they need feedback too,” says Ain.

Ain is also a positive role model for work-life balance. “My world doesn’t revolve around Kronos – it revolves around being a great husband, father, friend and the like. I preach it all the time – if your work is your most important thing, you have it mixed up,” he says.

With this in mind, the organisation has introduced an open vacation policy in a bid to ensure employees develop a better work-life balance and show that “we trust them to get the work done”.

Although the approach has proved controversial in some quarters as the lack of boundaries can mean that some workers feel obliged to take even less leave than previously, Ain attests that the move has been a success in his case.

In fact, since introducing the scheme in January 2016, not only have staff taken 2.65 more days in vacation, he says, but the company had its best financial year ever.

“I’ve got no evidence to support this, but I believe that if you show people you trust them and they have the right work-life balance, they become more energised and deliver a better service,” he explains. “I don’t think it’s the only reason – you also need great products and brand and talented people. All of these things go together – it’s never just one thing.”

Nonetheless, this element of trust is key, he believes, and it is this that results in the turnover among the company’s top performers being as low as it is.

“It’s about creating the right culture and value, but it’s also about giving people interesting work to do and showing them how their work is making a difference to the outcome,” Ain says. “If you can show people how their work is moving the needle, they’re motivated by that, and if they like their manager and the company culture and values, you can see why they’d perform.”

But another vital ingredient in the overall engagement mix is undoubtedly HR. Ain points out that in Kronos’ case, the function has been a crucial partner in both driving cultural change and boosting engagement levels since he became CEO – and chief people officer David Almeda sits on the executive leadership team to reflect this status.

“HR’s critical and I couldn’t do it without them,” Ain says. “I set the objectives such as ‘engagement is critical’, but it’s their ideas that make it happen. They’re the ones leading the effort and doing it.”

He also has advice for HR directors who do not currently benefit from having the ear of their own CEO. “Step up to the plate to ensure your voice is heard. Don’t focus on your job in a clinical way – it’s not just about having the right benefit and compensation plans in place. It’s about driving change and making a real difference in the process,” he concludes.