Could parental bereavement leave be too restrictive? 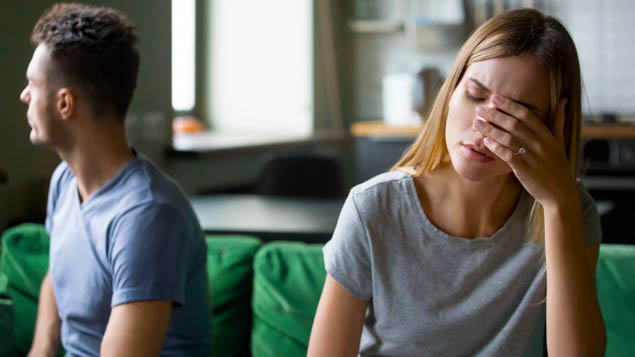 It’s been welcomed by many as an important change to employment law, but could the Parental Bereavement Leave and Pay Regulations inadvertently limit the time off from work many people take when they lose a loved one? Ashleigh Webber reports

After many years of campaigning by Lucy Herd, a mother who lost her young son Jack when he drowned in 2010, the Parental Bereavement Leave and Pay Regulations, known as Jack’s Law, have finally been unveiled by the government.

When introduced on 6 April 2020, the regulations will give every parent who suffers a stillbirth or the death of a child the right to two weeks off work – paid leave for those who have been with their organisation for at least six months. Currently, and up until that date, bereaved parents are not entitled to any time off work at all and can, in theory, be expected to work immediately following such a tragic event.

Family-friendly rights: what to look out for in 2020 and beyond

There was no shortage of messages of support for the new legislation when it was announced in January: PwC described it as a “very positive change to UK employment law”, while stillbirth and neonatal death charity Sands said the entitlement would allow parents vital time to grieve.

But is two weeks enough time to allow a parent to adjust to their new life without their child?

“There’s no doubt that losing a child is one of the most traumatic experiences a human being can have,” Dr Elena Touroni, a consultant psychologist and co-founder of The Chelsea Psychology Clinic says. “Jack’s Law is certainly a shift in the right direction in the sense that there is an acknowledgement of the severity of this loss. However, in reality, this type of trauma is going to be processed differently by everyone.”

Dr Emma Day-Duro, a senior researcher at Ashridge Executive Education, part of Hult International Business School, agrees: “It’s considerably better than the current situation… but no, I think most people would agree that 14 days isn’t enough time for a parent to adjust to the ‘new normal’ after the death of their child.”

Lucy Herd began her parental bereavement leave campaign when she found her partner could only take a few days off work following her son’s death. After talking to relatives and others who had lost a child, she found three days was often the maximum period workplaces offered parents in such distressing circumstances.

She told the BBC: “Anything from 24 hours to three days and any extra time taken had to be sick leave or holiday… Employers were saying ‘take as much time as you need’, and they were taking six months off, and it was down on their record as being off sick. They’d come back to a P45 on their desk.”

The new regulations will make the UK a world leader in the amount of leave grieving parents have a right to. Internationally, the most generous policies can be found in in Canada where parents can take five days’ bereavement leave, three of which are paid, while parents in France have the right to five days following the death of a child and three days in the case of a spouse, parent or sibling.

It’s crucial that managers don’t see this two-week entitlement as some kind of indication that parental bereavement is managed and controlled in this time,” – Dr Emma Day-Duro, Ashridge Executive Education

According to Claire McCartney, the CIPD’s senior policy adviser for resourcing and inclusion, most employers in the UK currently offer between three and five days’ bereavement leave following the loss of a close relative, so the new entitlement is a significant improvement.

But the new regulations are also quite restrictive, says Day-Duro: “It only includes parents who have lost a child under 18, meaning any parent who loses a 19-year-old child will not be entitled to the same time off to grieve.

“As I’m sure most parents would agree, there isn’t a magic cut-off age where the death of a child would be less traumatic, and it’s important that managers and colleagues appreciate that, even if the law doesn’t.

She suggests that the law should perhaps evolve into an entitlement for all kinds of bereavement leave to ensure there isn’t an “unspoken hierarchy of grief”.

An excuse to limit time off?

Employers could in theory use the new law to limit their support to two weeks and then expect the employee back at work in week three.

What employers offer is often based on line manager discretion and some managers might be more generous than others. Similarly, giving workers a statutory minimum period of leave might inadvertently limit what employers are willing to give bereaved employees.

However, McCartney believes that restricting the time off to this minimum where the employer previously offered longer periods might be damaging to their reputation.

“If we already have employers who are going beyond two weeks, then they are quite empathetic. It would certainly affect their brand and reputation if they pull back,” she tells Personnel Today.

“While we’d like to expect this leave is already in place in most organisations, there’s not any consistency. Different line managers within an organisation will perhaps offer different responses to grieving individuals.”

Day-Duro adds: “It’s crucial that managers don’t see this two-week entitlement as some kind of indication that parental bereavement is managed and controlled in this time.

“What it could do is allow for a conversation after two weeks. Often an employer’s immediate response is ‘take all the time you need’ – while this is a nice sentiment, in reality it isn’t often possible and the employee is left out at sea, waiting for that phone call or email asking when they are likely to return.

“By marking the two-week point, the pressure is off and a contact point has been established to discuss how best to move forward, be that establishing a return date, negotiating a phased return to work or further leave.”

Two weeks’ leave should just be the beginning and further support should be offered when the employee returns to work. However, Day-Duro strongly encourages employers to take an individualistic response, rather than put a blanket HR policy in place.

While we’d like to expect this leave is already in place in most organisations, there’s not any consistency. Different line managers within an organisation will perhaps offer different responses to grieving individuals,” – Claire McCartney, CIPD

Touroni says: “Some people might need a lot of support, some people might benefit from switching to part-time, others might find it easier to work more remotely or flexibly. Ideally, we’d like to see a collaborative approach where the employer and employee work together to find out what’s best for them during this difficult time.”

Raising awareness about the grieving process among line managers, introducing phased returns to work, offering flexible working opportunities and signposting to charity resources would also help parents settle back into work after their loss, suggests McCartney.

While many employers are already empathetic to employees who lose a child or another close relative, the regulations – although in some ways restrictive – at least guarantee consistency and give those who don’t offer bereavement leave a foundation from which to build a more sympathetic policy. 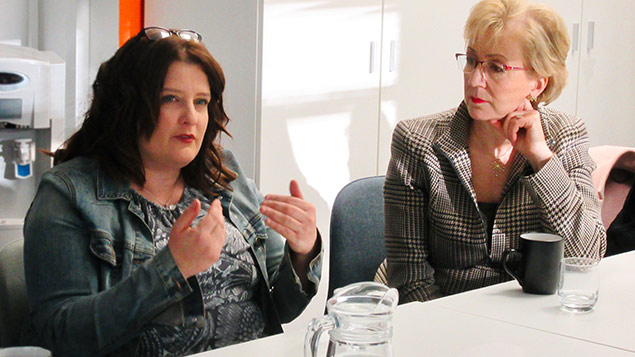 Parents who suffer stillbirth or loss of a child will be entitled to two weeks’ leave.