Will the Trade Union Bill cause unintended problems for employers? 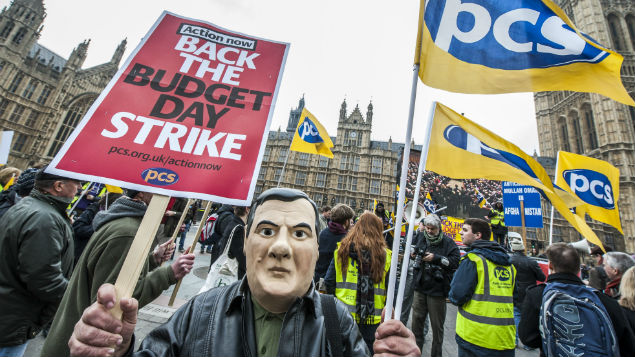 Do the proposed changes to employment law in the Trade Union Bill have potential unintended consequences for employers? Ramez Moussa, employment partner at Squire Patton Boggs, gives his view.

In July 2015, the Government published the Trade Union Bill, which will amend the Trade Union and Labour Relations (Consolidation) Act 1992, the key piece of legislation regulating matters between employers and trade unions.

Following commitments made by the Government, the Bill aims to end “disruptive and undemocratic strike action”. Most employers will welcome the new legislation, which, in theory, makes it harder for industrial action to take place.

However, while the Bill favours employers over unions, there could be unintended consequences for employers.

What are the changes in the Trade Union Bill?

The law currently protects trade unions and their members from being subjected to detrimental treatment by employers, provided they comply with certain requirements on balloting and notification of industrial action. This new piece of legislation will place more onerous requirements on unions and will make the prospect of industrial action (especially in the public sector) less likely.

The Bill includes a number of changes to the current regime, including changes to ballot thresholds, information requirements and picketing. One of the key proposals that has hit the headlines is the introduction of an additional requirement that in all ballots for industrial action, at least 50% of those trade union members who are eligible to vote in the ballot must do so in order for the ballot to be valid.

So, for example, if there are 1,000 union members in the bargaining unit affected by the dispute, at least 500 of them would need to vote in order for the ballot to be valid. Whether or not the ballot is successful will remain unaffected, (ie a simple majority of the votes cast must be in favour of industrial action).

There will be an additional requirement in certain “important public services”, including health, education and transport. In these sectors, at least 40% of those entitled to vote in the ballot must vote in favour of industrial action.

Employers (especially those in the private sector) have little to fear from the content of the Bill itself, but there are several ways in which they may face some negative repercussions once the changes are introduced.

What problems could arise due to employers having less time to negotiate?

Under the initial wording of the Bill, legal protection for industrial action that had the support of a ballot would expire four months after the date of the ballot. In other words, trade unions would have to take any industrial action within four months of a successful ballot even if the dispute is continuing, which, in practice, is not a very long time, especially when trade unions must also give at least two weeks’ notice of any proposed action to the employer.

The Government has since decided to extend this period to six months, or up to nine months if the employer agrees. Such timescales are more realistic. If the timeframe for taking industrial action is too short it may actually make industrial action more, rather than less, likely.

Unions might feel they need to go straight for strike action rather than seeking to negotiate a deal if they are concerned that time may run out before they are able to reach a resolution – after all, if the time limit expires, they will be required to go back to their members and will face the costs involved with re-balloting.

For the same reason, employers, too, may have less of an incentive to begin meaningful negotiations, knowing that if the time limit elapses, their employees will no longer have a mandate to strike.

Will the Bill lead to unions taking alternative forms of action?

If this Bill becomes law, employers need to bear in mind the scope for their workforce to take alternative action if they feel it is now too difficult to take lawful industrial action.

It is possible that we could see a rise in alternative methods of protest, such as lobbying, more localised industrial action and even unofficial action. “Soft power” tools, such as social media for example, may also be used by trade unions to run campaigns, causing disruption and bad publicity for employers.

Employers should also not overlook the potential negative implications for workforce morale and motivation if staff have grievances, but feel they no longer have an effective collective voice to express their dissatisfaction.

Whatever the final appearance of the Bill, most employers will undoubtedly favour the changes. They should, however, be prepared for the possibility that these changes could have the inadvertent effect of escalating some disputes and/or leading unions and members to take alternatives forms of action. An effective employee and trade union relations strategy, therefore, remains imperative.

Ramez Moussa is an employment partner at Squire Patton Boggs.
View all posts by Ramez Moussa →
Previous Article
Next Article