Disability discrimination: “pull yourself together” comment to employee with depression 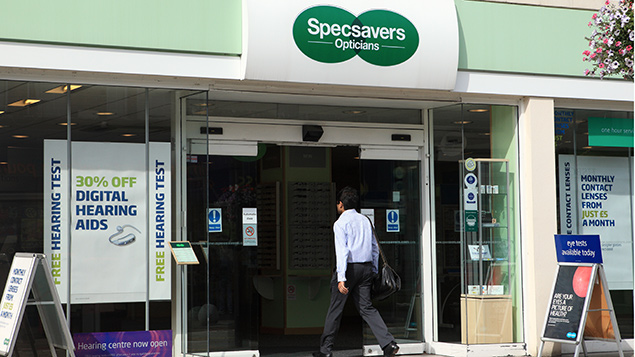 An employment tribunal has held that a director’s comment to an employee with depression that “everyone gets depressed sometimes, you just have to pull yourself together” was discrimination arising from disability. Stephen Simpson rounds up recent tribunal decisions.

Comments about depression: tribunal’s view in this case

“The comments trivialised and were dismissive of the claimant’s illness… The suggestion that a person with depression should just ‘pull yourself together’ is humiliating and offensive.”

Ms Wickers, an optical assistant at Specsavers, received some formal and informal warnings for failure to comply with the employer’s absence notification procedure, lateness and a dispensing error.

She became tearful during her appraisal with a director and he advised that she should see her GP.

Ms Wickers later told the director that she was struggling with depression and he responded by saying that he had no sympathy for “this kind of thing”.

The director went on to say that “everyone gets depressed sometimes, you just have to pull yourself together”.

Following a number of periods of absence and another dispensing error, Ms Wickers was again late for work and the director decided to go “straight to disciplinary action”.

This was despite Ms Wickers telling him that she told him she was on medication and had been diagnosed with depression.

Ms Wickers resigned after being told that she was likely to be dismissed.

The tribunal held that the director’s unsympathetic approach to the claimant’s condition led to discrimination arising from disability under the Equality Act 2010.

Ms Wickers had been late on the day in question because she had overslept due to her medication and the effect of the medication on her sleep was something arising from her disability.

The employment tribunal also upheld her claims for failure to make reasonable adjustments and harassment.

Don’t say: You’re all over the place at the moment, what’s up?
Do say: I’m concerned that you appear to be under some pressure. Can we talk about it?

Don’t say: You’re letting the team down.
Do say: One of your colleagues has told me in confidence that she is worried about you.

Don’t say: I hope you’re not going to end up a nutcase!
Do say: Have you mentioned this to your GP? I will send you some information about the organisation’s counselling service in case this is something that you might find helpful.

Don’t say: Pull yourself together and get on with it.
Do say: What else do you think we could do to improve things for you?

The parties agreed that the employer would pay compensation of £7,500 and provide an agreed reference. Ms Wickers was also awarded £893 in costs.

Usdaw tribunal win for former Haldanes staff
Union Usdaw has said that it has won a full 90-day protective award for members who worked for Haldanes after they bought 21 Somerfield stores and 5 Co-op stores and closed them just over a year later.

Firm loses unfair dismissal case after hiring investigators to film worker
A Northampton warehouse worker who was sacked after her employers claimed she was “exaggerating” the extent of her injuries has been awarded £20,000 in an unfair dismissal claim, says the Northampton Chronicle and Echo.

Cardinal Newman Catholic School in Hove victimised teacher, tribunal found
A teacher was victimised when he was turned down for a job despite achieving the highest score in part of the interview process, The Argus reveals.

Tribunal finds Wrexham maths teacher’s sacking fair
The Leader reports that governors of a Wrexham school were right to dismiss a long-serving teacher whose standards failed to meet the targets set for her, an employment tribunal has ruled.

Aylesford newsprint workers awarded £750,000
Almost 100 employees who worked at Aylesford Newsprint have been awarded £750,000 in compensation for being dismissed without consultation, Insider Media reports.