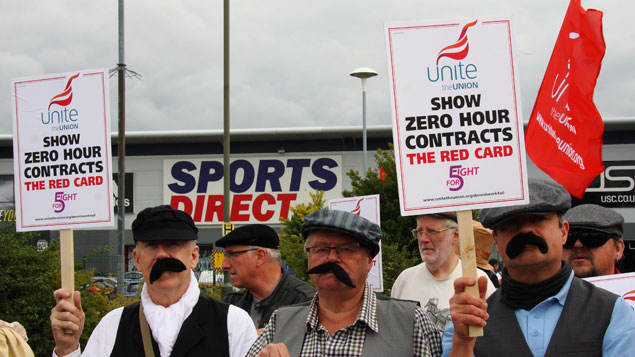 Many “gig economy” workers are confused about employment status and fear that raising concerns about it could affect their job prospects, according to Acas.

The conciliation service has detailed a range of queries to its helpline as it submits its response to the Matthew Taylor review on modern employment practices, which is due imminently.

What is the status of workers on zero hours or casual contracts?

Acas chair Sir Brendan Barber, said: “Our helpline analysis revealed that many callers were in a zero hours, agency or self-employed arrangement out of necessity rather than by choice, with some people feeling taken advantage of and unfairly excluded from employment rights.”

He explained that many people had called the helpline for advice on how to challenge their employment status following a number of recent, high-profile “gig economy” tribunal decisions on worker status.

“These types of working arrangements can offer flexibility to individuals and employers. But it is clear that there can be a lot of confusion around employment rights and feelings of insecurity within these non-traditional types of working”, Barber added.

Acas’ helpline received calls on a wide range of issues relating to non-standard working arrangements, such as:

Acas’ response to the Taylor review has been accompanied by a new discussion paper on atypical working, aimed at identifying areas where good practice can be encouraged and improved.

Ain’t that typical? Everyday challenges for an atypical workforce reveals that the practice of “zeroing down” workers’ hours is used in some workplaces to discourage staff from raising concerns or asserting rights. It also calls for clearer official guidance on workers’ rights and obligations.

The report says: “Confusion regarding [rights] can be sparked for a range of reasons, commonly because people have not been issued with a written contract, or have not read it or fully understood it, or simply because it has not seemed particularly relevant to the day-to-day experience of getting on with their work.”

It points out that a significant difference between calls relating to “standard” and “nonstandard” forms of work is that, once people do enquire, those in “standard” contractual arrangements can usually determine their status and applicable rights and responsibilities with relative certainty.

Those in non-standard arrangements, by contrast, find that the usual legal tests for employment status for their particular situation can appear very unclear, meaning they face a more complex array of routes to clarify their status.

Many were concerned that simply asking for clarification on their rights meant they would be viewed more “unfavourably” afterwards, the report adds.

Sir Brendan said: “Whilst there’s existing guidance available to help people understand their rights and obligations, our helpline calls reveal that there’s more that can be done here.

“Clear and accessible guidance that allows people to make an informed choice before entering into these types of working arrangements would greatly help the situation. There is also a need to further promote good management practices where these contracts are used.”

Acas also found that uncertainty around employment status and a sense of insecurity can result in employees lacking confidence to voice their concerns at work, which in turn can affect the “psychological contract” between employers and the workforce.

The report refers to the flexibility of gig employment being one-sided, citing examples such as zero hours workers being scared to refuse work after receiving verbal warnings for turning down shifts, and attempts to raise concerns leading to a drop in income.

Its report calls for the principles of “good work” to be “at the heart of any vision for good work in atypical arrangements”.