What the Rugby World Cup teaches us about honesty in business 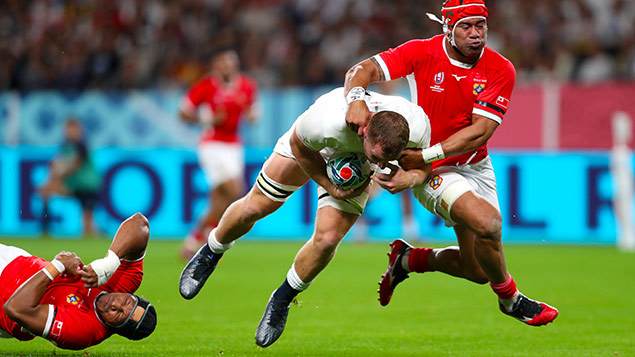 As the Rugby World Cup gets under way in Japan, Dr Austin Swain examines the brutal honesty that exists in high-performing teams and asks why it’s so tough to replicate this in business.

The Rugby World Cup is here, but while we as spectators are watching the initial matches, we know that the teams competing will have been physically and mentally preparing for this momentous tournament since the last World Cup in 2015.

As a keen sports fan and a former psychologist to the England Rugby Union team in the mid-1990s, I’m fascinated by the parallels between sport and business. As the world cup has drawn nearer, I’ve been reflecting on the use of brutal honesty in sport and the lessons leaders can take from these high performing sports teams.

Is it possible to be brutally honest in business?

For high-performing sports teams, sugar-coating the truth is not an option. When minutes and seconds can determine whether you stay in a competition or not, there’s no choice but to deliver the cold, hard truth in order for that feedback to be taken on-board immediately and acted upon.

In rugby for example, if a player misses a tackle or throws a bad pass, their teammates will immediately be there to support them, but also let them know how they could have handled the situation differently.

However, in a business context this level of honesty isn’t always possible or practical. For example, stopping a colleague halfway through a pitch and suggesting that they change how they present, just wouldn’t be appropriate.

It’s sometimes easier to give brutal feedback in sport because of the urgency and adrenaline involved, which can be less typical in business, depending on your industry. For example, that element of urgency might actually resonate well with financial traders! That said, there are many ways where business leaders can turn up the honesty dial to help drive team performance.

Breaking the honesty barrier in business

When we look at brutal honesty in a business context, there’s a couple of reasons why it happens less than in sport. Firstly, what’s at stake may feel comparatively small compared to a competition such as the Rugby World Cup, and those high stakes override the concern for hurting someone’s feelings.

But secondly, sport teams invest a great deal of time honing their skills in giving each other feedback, so in those high-stake performance moments, they know exactly how to deliver the feedback effectively and without causing offence. Unfortunately, because many organisations don’t invest the same time in developing those skills, it can result in an environment of artificial harmony and politeness, which is detrimental to performance.

In sport, there tends to be a different mentality to feedback. I’ve often heard the phrase: “I’d rather you stab me in the chest rather than the back!” High-performing sport teams are very skilled at finding that sweet spot of conflict where it’s really constructive, and that’s something you find more rarely in business.

A big part of breaking the honesty barrier comes from everyone being clear and recognising the intent of honest feedback. Eddie Jones, England’s head coach, has a brutally honest approach, but because he’s so respected and the players trust his intent, the team embrace it as a way to enhance their performance rather than feel attacked by it.

Likewise, in business, whether you are giving or receiving brutally honest feedback there needs to be a deep trust of the intent – that it’s being delivered not to be critical, but because there’s a drive to constantly improve and develop.

So, how do you develop trust in the intent of brutally honest feedback? In my opinion there’s a couple of deciding factors including; sharing clear goals, having a process for giving feedback and, most importantly, creating a culture where feedback is embraced.

As briefly mentioned, high-performing sports teams are really good at navigating conflict and that is in part down to having very clear, shared goals on what they are trying to achieve (the outcome) as well as how they are going to achieve it (the process).

When conflict does arise, players are able to see it for what it is, and that helps them see the intent more objectively. It’s not a personal critique, but a disagreement over what we’re trying to do, or the strategy of how we’re trying to do it, and it’s being delivered because it’s in our collective interest.

What I notice in business is people misunderstanding the difference between the goal, the process and personal conflict. This results in a lot of conflict being misinterpreted as personal. Any attempt at brutal honesty when people feel like there is personal conflict will not go down well. Well-articulated outcome and process goals are therefore an essential foundation for being brutally honest.

Get everyone on the same page

A clear grasp of how and when feedback will be delivered in your organisation provides everyone with a common understanding of the process around giving feedback. Just as players or coaches give feedback to their players in real-time, business leaders should also make sure their honest feedback is timely. No one wants to be surprised by a list of feedback that’s been stored up for their end of year appraisal as that gives them no opportunity to take it on board and improve.

Additionally, feedback should always include the rationale behind it. It’s inevitable that we’ll all have to deliver or receive feedback at some point in our careers that makes us feel uncomfortable. In the world of rugby, that could be a coach telling a player why he or she is dropped or not selected for a game. A standalone statement of ‘you are dropped’ is pretty brutal, but a conversation to explain the reasons behind the decision and offer of help to get to the required level shows care and demonstrates that the feedback is being given with the best of intents.

One of the processes I really like in rugby, which happens in many other sports too, is the ‘after action reviews’ that take place. Teams get together shortly after their matches and forensically dissect their performance. It can get brutally honest, but again, it’s a forum where that type of feedback is expected and when you watch a performance back on camera, there’s really no place to hide.

While you might not be able to record your performance in a business context, there’s still merit in taking that approach. In business I often see teams moving straight on to their next priority rather than taking the time to dissect their previous performance. So, the next time you finish a project or deliver a pitch, schedule some time with your team to really get under the skin of the performance and challenge each other with what went well and what could have gone better.

Creating an environment where honesty is the best policy

In order to be brutally honest in sport or business, the culture of the team or organisation is key.

If you’re not sure whether you have an environment in which people feel safe to be brutally honest, looking at your values is a good place to start. High-performing sports teams have values which they live and breathe. For example, one of England’s rugby team’s values is ‘courage’. While on the face of it that might seem fairly standard for a rugby team, the way it permeates every aspect of their performance is inspiring. Courage means so much more than the way they play on the pitch, it guides every aspect of their behaviour, including having the courage to be brutally honest with each other.

While most businesses will have a set of values, I’ve experienced a real spectrum of how well those values are lived and breathed throughout an organisation. Sometimes values within a business are treated as corporate wallpaper, there for the sake of having them. For business leaders wanting to create an open and honest work culture, developing a set of meaningful values that resonates with their employees will drive behaviour and empower people to feel part of a winning team.

Perhaps most critically, creating an open and honest environment starts at the very top. Senior leaders need to be able to admit their fallibility and accept brutally honest feedback too. When employees see this being role modelled at the very top, a strong message is sent out to the organisation that it really is a place where honesty is the best policy.

In the right environment, brutal honesty can drive performance in sport or business. When everyone feels safe to deliver brutally honest feedback and recipients trust that the intent is for the collective interest, that’s when you can harness the power a truly high-performing team.

Dr Austin Swain is a director at Lane4, a management consultancy specialising in people performance.
View all posts by Dr Austin Swain →
Previous Article
Next Article