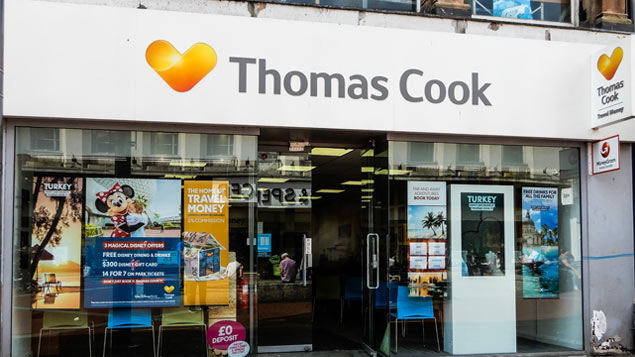 A law firm claims to have received dozens of calls from ex-Thomas Cook employees who say the travel agent did not follow proper redundancy procedures before it went into liquidation.

Its 9,000 UK employees lost their jobs yesterday after the company was unable to secure a bail-out to allow it to continue trading. A further 12,000 staff worldwide also lost their jobs.

Informing and consulting prior to redundancies

Law firm Simpson Millar said ex-staff could be entitled to a protective award if the company is found to have failed to follow the correct redundancy consultation procedures.

If the law firm decides to bring a claim on behalf of the ex-employees and is successful, the staff could be entitled to up to 90 days’ gross pay.

There is no time limit for how long the redundancy consultation period should be, but an organisation should inform staff at least 30 days before the dismissals take effect if between 20 and 99 staff are being made redundant, and at least 45 days ahead of the redundancies in the case of 100 or more staff.

A spokesperson for the Simpson Millar said the number of people who will be eligible to bring a claim will be clearer as its investigations progress.

Aneil Balgobin, an employment lawyer at Simpson Millar, said: “This has been a very upsetting and distressing time for the former Thomas Cook employees, many of whom were made redundant with a moment’s notice and who now face financial uncertainty whilst searching for a new role.

“Many people mistakenly believe that if a business goes bust, that’s it! The staff are simply hung out to dry with no means of recovering what is rightfully theirs, but that isn’t the case. Protective awards are in place to support people in cases such as this.”

Insolvency practitioners at KPMG and AlixPartners, appointed to handle the winding down of the Thomas Cook business, have been contacted for comment.