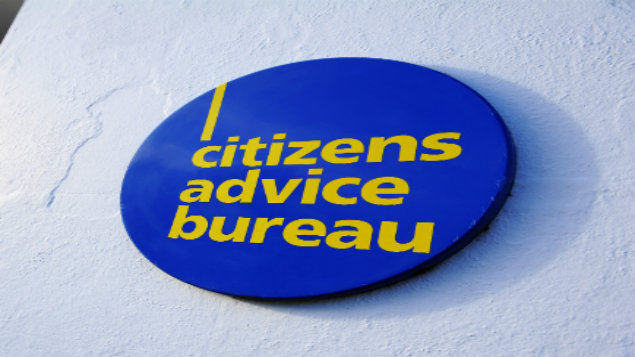 The Citizens Advice Bureau reports that it has seen a 58% increase in the number of maternity leave queries in the last two years. What types of pregnancy and maternity discrimination claim commonly come before employment tribunals?

1. Singling out pregnant employees or new mothers for redundancy.

Pregnant employees or new mothers are not exempt from being selected for redundancy in a genuine redundancy situation.

However, unscrupulous employers sometimes use a sham redundancy as an excuse to dismiss an employee who is pregnant or on maternity leave. This amounts to unfair dismissal and direct pregnancy and maternity discrimination.

Even where there is a genuine redundancy situation, employers should remember that:

Key case: In Eversheds Legal Services Ltd v de Belin, the Employment Appeal Tribunal (EAT) held that a male employee was discriminated against when he was selected for redundancy after a woman on maternity leave was automatically given the highest possible score for one of the selection criteria.

2. Mishandling requests for flexible working on return from maternity leave.

Consider a request to return part time from maternity leave

The issue perhaps most likely to cause a dispute between an employer and an employee returning from maternity leave is her hours of work.

It is common for employers to receive requests to return from maternity leave on a part-time basis.

There is no automatic right to switch to part-time working. However, an unjustified refusal to allow an employee to work part time after having a baby is likely to constitute indirect sex discrimination.

Employers also have a legal duty to handle in a reasonable manner requests by employees with at least 26 weeks’ service to move to flexible working.

Key case: In British Airways Plc v Starmer, the EAT held that it was discriminatory for an employer to turn down a pilot’s request on returning from maternity leave to work 50% of her full-time hours, and requiring her to work at least 75% of full-time hours.

3. Inappropriate comments about pregnancy that amount to harassment.

A line manager’s inappropriate comments to a pregnant employee can lead to an employment tribunal claim.

It may be that the line manager is annoyed at the inconvenience that he or she envisages will be caused by the employee’s pregnancy and subsequent absence on maternity leave.

However, employers should make it clear in line manager training that this is no excuse for making negative remarks to a pregnant employee at this important time in her life.

Key case: In Wilson v Provincial Care Services Agency and others, a tribunal in Northern Ireland ordered a care worker’s former employer to pay her £9,500 after it failed to provide her with a reference. The tribunal accepted the care worker’s evidence that a manager said:

4. Health and safety breaches against pregnant employees or new mothers.

Health and safety legislation makes provision for risk assessments for pregnant employees and new mothers. Employers risk a finding of pregnancy and maternity discrimination if they do not abide by these rules.

Carry out a pregnancy risk assessment

Take action if a risk to a pregnant employee is identified

Take action if a risk to a new mother is identified

The employer may have to:

Key case: In Hardman v Mallon t/a Orchard Lodge Nursing Home, the EAT held that the failure to carry out a risk assessment for a pregnant care assistant was sex discrimination, despite the employer’s failure to provide a risk assessment in respect of any other employees.

5. Penalising a woman who is sick during her pregnancy.

Pregnancy-related illness, such as morning sickness, could result in discrimination if the employer:

Key case: In Brown v Rentokil Ltd, the European Court of Justice (ECJ) made it clear that the dismissal of a pregnant female worker because of ill-health absences caused by her pregnancy amounts to discrimination.

6. Failure to communicate with an employee on maternity leave.

Employees on maternity leave should be consulted over a range of workplace matters, with problems commonly occurring if the employee is “cut off” from communication during maternity leave.

For example, an employee on maternity leave should be:

To achieve this, line managers are allowed to make “reasonable contact” with employees who are on maternity leave.

Key case: In Visa International Service Association v Paul, the EAT held that an employee was constructively dismissed when her employer failed to notify her, while she was on maternity leave, of a newly created post in her department in which the employee was interested, and considered herself well qualified for.

7. Failure to pay an employee on maternity leave properly.

An area that often causes confusion for employers is what pay and benefits have to be maintained during maternity leave.

Work out if employee qualifies for statutory maternity pay

The basic position is that:

Employers should ensure that employees are not denied a pay rise that they would have received had they not been on maternity leave. A pay rise could have an impact on an employee’s statutory or contractual maternity pay.

Key case: In Alabaster v Woolwich plc and Secretary of State for Social Security, the ECJ held that the calculation of the earnings-related element of maternity pay should take into account a pay rise that is awarded at any time from the start of the calculation period to the end of maternity leave.

8. Failure to allow a woman to return to her old job after maternity leave.

A common issue for an employee returning from maternity leave is finding that her job has changed beyond recognition.

The employee could return to find that she has been given a lower level of responsibility or work that is not appropriate for her skills.

Employers should remember that an employee returning to work after ordinary maternity leave (no more than 26 weeks’ leave) has the right to return to the job she occupied before her maternity leave.

Key case: In Blundell v Governing Body of St Andrew’s Roman Catholic Primary School and another, the EAT held that a teacher was not entitled to return to the same class that she had been teaching when her maternity leave began. The school operated a policy of rotating teachers’ classes every few years and her job essentially remained the same.

9. Disadvantaging a new mother in relation to training and equipment.

Employers should ensure that an employee returning from maternity leave is offered the same opportunities as other staff members for career development, training and promotion.

The employee should be returned to the position that she was in before her maternity leave and be given the opportunity to benefit from any improvements in working conditions.

For example, she should be offered any training that she may have missed.

However, employers should be flexible with a new mother, who may be juggling responsibilities at home.

If a training course requires an employee to be away from home for long periods or involves very long days, for example, the employer may have to rethink how the training is delivered.

Key case: In Commissioner of Police of the Metropolis v Keohane, the EAT held that the removal of a police dog from a pregnant handler was direct discrimination. The EAT determined that the removal damaged the claimant’s career progression and denied her the opportunity of overtime.

No line manager training on recruitment is complete without a stark warning of the dangers of asking a job applicant in an interview about family plans.

For example, line managers should be warned not to ask:

Interviewers should stick to exploring the job applicant’s ability to perform the job.

It is blatant pregnancy and maternity discrimination to base a recruitment decision on an employee’s pregnancy or family plans.

Key case: In Webb v EMO Air Cargo (UK) Ltd, the ECJ made it clear that it is discriminatory to dismiss a woman who, shortly after her recruitment, is found to be pregnant.