By Jo Faragher on 23 Aug 2016 in Equality & diversity, Employee engagement 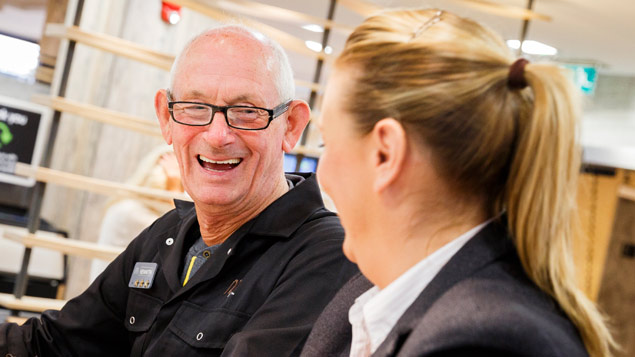 Research by McDonald’s in the UK has revealed that people working in a multi-generational environment tend to be 10% happier.

How to get it right in the generation game

In a comparable poll of customers, 84% said they liked to see a mixture of ages in the restaurant team, with 60% expecting a better service as a result.

McDonald’s research also found that 58% of workers felt it was a priority to have an opportunity to work with people of different ages. This was more important for those born between 1900 and 1964 (a priority for 67%), and 16-year-olds (a priority for 57%).

More than two-thirds (70%) of employees who responded to the poll expected to work with people who have different life experiences and views of the world, the research found.

McDonald’s recently announced it would create more than 5,000 new jobs by the end of 2017, as part of a wider project to overhaul its restaurants.

The survey was aimed at “finding out what is important to our staff and people looking for roles”, according to Claire Hall, chief people officer for McDonald’s UK.

Hall pointed to the fact that this summer will mark an “important milestone” when many people born in the year 2000 take up part-time roles for the first time.

“Our flexible shift patterns and different roles mean there is something for everyone – whether you’re 16 and looking to start a career with us, you’re at university studying for another career and want to build up life skills in a part-time role, mums returning to work or older workers looking to keep their hand in and stay active,” she told Personnel Today.

“It’s also important our restaurants reflect the communities in which they operate. Many people at the end of a traditional career want to remain part of the community and add value.”

Ken Stones (pictured top) is a grandfather of 74 and a part-time McDonald’s employee. He said: “My favourite part about the job is working with all the young people and interacting with the lovely customers. They keep me young and give me a good laugh.”