When workplace nicknames lead to discrimination 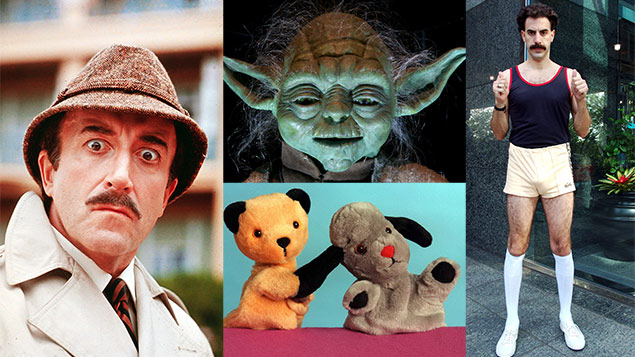 While workplace nicknames can be a sign of a healthy and lively workplace, they can also have a sinister undertone if they relate to a protected characteristic. We round up seven examples of workplace nicknames that have resulted in discrimination claims against employers.

It can be age discrimination to give an employee a nickname that relates to his or her age. Examples include calling an older worker the “old fogey” or calling a younger worker the “stroppy teenager”.

The successful age discrimination claim in Dove v Brown & Newirth Ltd is a classic example of an inappropriate age-related nickname in the workplace.

For years, the claimant was referred to by younger colleagues as “Gramps”. While he did not complain at the time, following his dismissal he put the nickname forward as strong evidence that his colleagues had ageist attitudes.

The employment tribunal in Nolan v CD Bramall Dealership Ltd t/a Evans Halshaw Motorhouse Worksop held that the employer discriminated against the claimant by making him redundant because he was close to retirement.

In upholding the age discrimination claim, the tribunal highlighted that evidence of age bias included colleagues nicknaming the claimant “Yoda”, the character from Star Wars. A key characteristic of Jedi Master Yoda is his extreme age, with Wookieepedia stating that he was 900 years old at the time of his death.

Ruda v Tei Ltd is a classic example of an ill-advised workplace nickname resulting in a successful discrimination claim.

The tribunal upheld a Polish welder’s race discrimination claim over the nickname “Borat”, on the basis that the name evoked stereotypes about eastern Europeans.

Borat is the name of a Kazakhstani film and television character created by Sacha Baron Cohen.

Giving a worker a nickname based on his or her country of origin, or stereotypes from that part of the world, risks a finding of harassment and direct discrimination.

Protected characteristics under the Equality Act 2010

In Basile v Royal College of General Practitioners and others, the employment tribunal accepted that a French porter working in London had been called “Inspector Clouseau” by some employees.

The tribunal said that the character is a “British comic creation of a stereotypically bumbling French character”.

It decided that it was reasonable for the claimant to view this nickname as creating a humiliating environment for him.

However, this element of the claim was ultimately rejected as being brought outside the time limit because it had been many years since the nickname had been used.

In Davies v Remploy, a wheelchair user brought a workplace disability harassment claim on the basis that a manager nicknamed him “Ironside”.

This was a reference to a popular television series about a former police detective who used a wheelchair after a sniper’s bullet paralysed him from the waist down.

The tribunal held that the manager’s conduct had the effect of violating the claimant’s dignity, and upheld the disability harassment claim.

Workplace nicknames: “it was only banter” is no defence

Employers should remember that time and again tribunals have rejected the notion that a harassment claim can be defended on the basis that the remarks were “only banter”.

This is because one person’s humour can seem like an offensive and degrading comment to another person. The intention of the alleged offender does not matter.

Two black employees were found to have suffered race discrimination when they were called “Sooty and Sweep” by their colleagues.

The tribunal was “satisfied that those nicknames had a racial connotation” and that they continued even after the employees complained to their employer.

In McAuley v Auto Alloys Foundry Ltd and Taylor an Irishman working in England was subjected to repeated anti-Irish remarks by colleagues.

Remarks included “typical Irish” when he made a mistake and he was nicknamed “thick Paddy”. He was dismissed after complaining to his employer.

The tribunal concluded that the claimant was dismissed “principally because he was an Irishman who would not take Irish jokes lying down”.