You’re fired? Why the right contract is key when dismissing apprentices 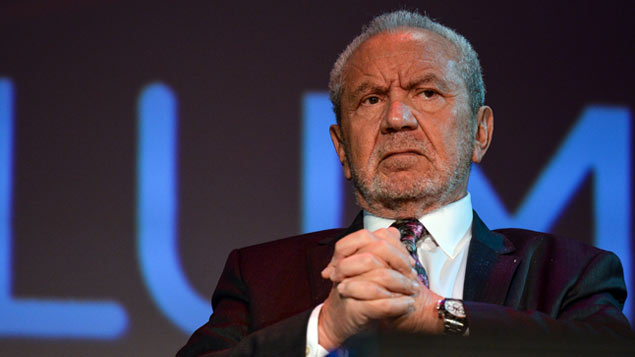 Organisations might find themselves in hot water if they wish to dismiss an apprentice and don’t have a formal apprenticeship agreement in place. Natalie Flynn looks at the protection they can bring employers.

Employers inspired by Sir Alan Sugar’s techniques should be cautious before dismissing apprentices, at least not without obtaining legal advice first.

£25,000 for early termination of apprenticeship contract

In 2018/2019, there were 742,400 people participating in an apprenticeship in England, with 393,400 starts and 185,100 completions. Although the overall number of apprentices increased compared with the previous year, there are some interesting trends in the underlying demographics. For example, the number of under-25s starting apprenticeships has fallen since the apprenticeship levy was introduced in May 2017, which suggests a shift away from lower-level training aimed at younger people starting their career to higher training directed at experienced staff.

Irrespective of the apprentice’s previous experience, employers should implement adequate contractual agreements before engaging them.

A statutory apprenticeship agreements scheme was brought into force under the Apprenticeships, Skills, Children and Learning Act 2009. The scheme was initially seen as overly bureaucratic and insufficiently tailored to meet employers’ needs, so the “old” scheme, introduced in 2011, is being phased out and began to be replaced by a simplified scheme as of May 2015 in England. This transition is expected to be completed by 2020.

The new scheme requires apprenticeship agreements to confirm the apprentice undertakes to work for the employer under the agreement. It also must be in the “prescribed form” meaning:

A legally compliant apprenticeship agreement is a contract of service or employment. It operates under ordinary employment law.

However, if the agreement does not meet the above requirements, the apprentice may be employed under traditional contract of apprenticeship, which would give them enhanced rights in respect of their dismissal.

Many employers have a tendency to use their regular employment contracts for their apprentices, without putting in place formal apprenticeship agreements.

Employers can’t usually terminate a contract of apprenticeship before the apprentice has completed their training, irrespective of their length of service. If they do, it will be a breach of contract and the apprentice may be able to recover enhanced damages to compensate them for their loss of earnings and loss of training for the rest of the term of the agreement, and also for reducing their future prospects.

There have to be exceptional circumstances before an employer can dismiss an apprentice engaged under a contract of apprenticeship, such as where their conduct is so bad that it is impossible to teach the trade.”

There have to be exceptional circumstances before an employer can dismiss an apprentice engaged under a contract of apprenticeship, such as where their conduct is so bad that it is impossible to teach the trade. It is therefore much more difficult to manage performance, misconduct or even redundancy.

This differs from potential dismissals under an apprenticeship agreement, as ordinary employment law applies where the test is one of reasonableness. In other words, would another employer have dismissed in these circumstances? This test of reasonableness is particularly important if the apprentice has been employed for more than two years. Apprentices do not have any additional employment rights.

Employers should ensure they are protected adequately by:

The government has recently been criticised by the non-profit organisation EDSK for failing to establish a rigorous definition of what constitutes an “apprenticeship” which, it believes, has led to misuse in recent years. This is likely to raise awareness of apprentices’ rights and could increase the risk of legal challenges.

It is increasingly important that employers implement robust apprenticeship agreements in line with the legal framework to minimise the risk of legal action if they dismiss an apprentice before the end of the agreement.

The number of people entering into apprenticeships is likely to increase and it’s essential for employers to get to grips with apprenticeship schemes and contracts and to take advice if they want to dismiss them or change the arrangements in any way.

One Response to You’re fired? Why the right contract is key when dismissing apprentices