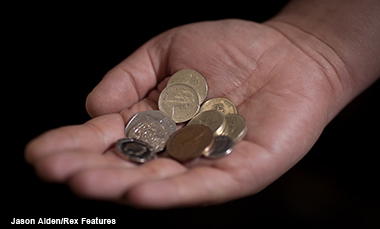 The Government has announced that the national minimum wage for young workers will be frozen when the new adult rates come into force later this year.

Business secretary Vince Cable argued that the freeze was the best option for young people who may find it harder to find employment if the rates were increased, adding that the LPC had d one a good job in “difficult circumstances”.

“In these tough times, freezing the youth rates has been a very hard decision – but raising the youth rates would have been of little value to young people if it meant it was harder for them to get a job in the long run,” Cable explained.

Sheila Attwood, pay and benefits editor at XpertHR, said that even the increase for adult workers is likely to lag behind the average pay rise this year.

“At a time when only a handful of organisations in the private sector are freezing pay, young people in work are likely to be unhappy that their wage rates will not increase this October,” Attwood commented. “For adult workers, the 1.8% increase is likely to be worth less than the average wage increase this year, which XpertHR forecasts at between 2% and 2.5%. It will also be below the level of inflation for 2012.”

The CBI said that employers will welcome the moderate increase in the minimum wage rate for adults and the freeze in the rates for young people in the light of “particularly tough conditions” faced by consumer-facing businesses.

Katja Hall, CBI chief policy director, said: “The moderate rise in the adult rate and the freeze in the youth rates will come as a relief to the many hard-pressed firms right across the country.

“The LPC also listened to businesses on the youth rates. With youth unemployment at its highest level for a generation, we must take great care not to price young people out of a job. Freezing the minimum wage will help reduce one of the barriers to employers deciding whether or not to take on a young person.”

View information on the announcement of the minimum wage rates for 2012 on XpertHR.