By Laura Chamberlain on 20 Mar 2012 in Recruitment & retention, Online recruitment 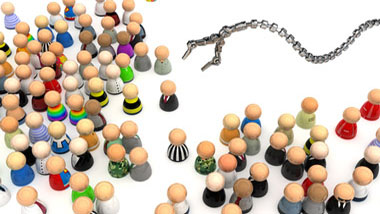 More than half (55%) of HR directors believe that social media platforms are an ineffective recruitment tool and a further 15% are unsure of their effectiveness, according to a survey by recruitment firm Robert Half.

HR directors were also found to be pessimistic about social media’s potential to change recruitment processes in the future, with 63% saying that they believed profiles on social networking sites, such as LinkedIn, will not replace the traditional CV in the future.

While the majority were doubtful of the impact that social media could have on their recruitment processes, just under one-third (32%) of HR executives said that they used social networking sites to communicate with jobseekers, with a similar number (30%) saying that they use social media to find candidates.

In addition, 22% of the 200 HR directors surveyed for the report admitted to checking candidates’ profiles on these sites as part of the recruitment process, despite warnings against the practice from lawyers and recruiters.

Phil Sheridan, managing director of Robert Half, commented: “Social media’s popularity has grown dramatically in recent years and, while many organisations have leveraged it as a successful commercial or employer branding tool, its effectiveness in recruitment has not been realised amongst the majority of organisations.

“While professional networking sites, like LinkedIn, will continue to connect business professionals, our research shows that hiring managers still prefer more traditional recruitment methods, such as using online job boards, employee referrals and recruitment consultancies. It seems most employers still believe this to be the most effective approach for screening candidates and assessing competencies.”

However, Gareth Jones of rubakerHR, a consultancy that advises on using social media to boost business performance, and co-founder of HR social community ConnectingHR, suggested that the findings might have been different had the survey gauged the thoughts of in-house heads of recruitment or recruitment managers.

He said: “My experience tells me that there are a lot of in-house recruitment teams using LinkedIn for sourcing. The organisations that were surveyed probably nearly all still rely on traditional methods like just advertising jobs and letting either the consultancy select the shortlist or simply manage the response themselves. I suspect that because of the audience, and because the survey lumped LinkedIn with other social media platforms, the results are not representative.”

He added that employers that see social media sites as simply “another place to advertise jobs” will fail in their social media strategy and need to realise that it is actually a way of engaging potential candidates and building brand awareness.

Richard Essex, head of corporate sales at online recruitment software providers Broadbean, argued that, while candidates’ awareness of Facebook and Twitter as corporate tools is minimal, it is essential to have a recruitment presence on these platforms as it is just a “matter of time and evolution” before it becomes more widely used by candidates.

“Social Media recruitment has only just begun. 70% of HR managers aren’t wrong, they just don’t have the source data yet.”