By Jo Faragher on 25 Apr 2014 in Zero hours, Employment contracts 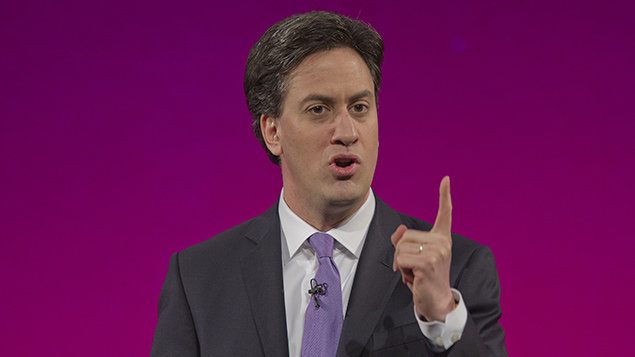 Labour leader Ed Miliband will make a further pledge to tackle what he calls an “epidemic” of zero hours contracts in a speech today.

Speaking after a shadow cabinet meeting in Glasgow, Miliband will say that Labour is determined to ban the “worst abuses of the system” if it gains power in the next general election.

Last year, Labour asked Norman Pickavance, former HR director of supermarket chain Morrisons, to carry out a review into use of the contracts and, based on his recommendations, the party has come up with a range of plans to tackle exploitation.

These include that employees are not obliged to be available outside contracted hours, that they are free to work for other employers and that they have a right to compensation if shifts are cancelled at short notice.

The controversy around zero hours contracts

Consultation on proposals to address concerns about zero hours contracts

Labour would also like employers to provide workers with greater clarity on their employment status and terms and conditions, and give employees the right to ask for a contract guaranteeing a minimum amount of work after six months.

After 12 months, they would automatically be eligible for a fixed hours contract, under Labour’s plans.

He also claimed that tackling the zero hours issue would be more difficult in an independent Scotland.

Pickavance said: “All the evidence shows that engaging your people, developing them and paying them fairly is the best way to deliver long-term business productivity. My recommendations will support those companies already on this path and will ensure that those which are lagging behind make the necessary changes in their employment practices.

“My review recognises that for some people, like those in semi-retirement or students fitting work between studies, these contracts can provide just the kind of flexibility they are looking for. The problem is these arrangements are wide open to abuse. My recommendations will retain the flexibility that some individuals are looking for but will remove the abuse.”

Research by the CIPD last year found that the contracts had been “unfairly demonised”, with more than half of those interviewed saying they would not want more hours.

The Government is carrying out its own review into the use of zero hours contracts, but is yet to report its findings. Business minister Matthew Hancock said: “We want to strike the right balance between flexibility for the businesses who create jobs and making sure there’s adequate protection for employees. That’s why we are carrying out a review into zero hours contracts.”

Ben Willmott, head of public policy at the CIPD, said: “We broadly welcome the Labour proposals to reform the use of zero hours, with a caveat over the plans to provide a right to request fixed hours after six months and an automatic right to fixed hours for some zero hours staff after 12 months unless the employee or worker seeks to opt out of the arrangement.

“This last suggestion in particular would increase red tape, and is likely to lead to disputes and create more work for employment lawyers. Our research with employers suggests that employers would respond by using very low minimum hours contracts or increasing the use of agency staff if these types of restrictions on zero hours were introduced.”