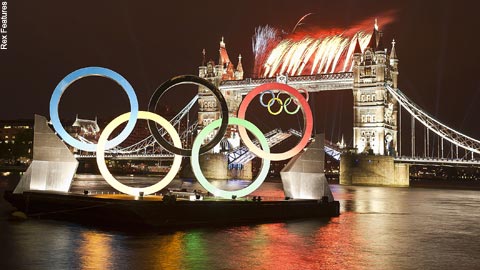 This year was one of ups and downs for HR teams. Engagement levels continued to struggle as staff had to do more with fewer resources, while scandals at high-profile employers such as the BBC and Barclays highlighted how much trust has been lost in senior leaders. This summer, meanwhile, provided a much-needed boost in national morale in the form of the Olympics. But which events had the greatest impact on HR? We chart the highs and lows for employers this year.

1. Game on with the Olympics

For a few weeks this summer, particularly for London-based workers, the Olympics provided the opportunity to work in a different way. Some employers showed trust in their staff to be as productive from home when travel was made difficult due to the games, while others allowed flexible working hours so staff could watch events. The knock-on effect has been that many now see how focusing on output, rather than hours in the office, can build better engagement with staff.

The Olympics were a useful experiment in more flexible working styles for many, but a number of organisations highlighted presenteeism as a problem. According to the Centre for Mental Health, turning up to work and underperforming due to physical or mental illness – as many felt compelled to do in the wake of staff cuts and increased workloads – costs the UK economy £15.1 billion, compared with £8.4 billion for sickness absence.

Despite all of the hard work being put in, employers struggled to reward workers with any significant salary increases. Figures from the Office for National Statistics show that total pay (including bonuses) rose by 1.8% between August and October compared with the same period last year, which, in real terms, does not represent an increase at all. With the tough economic climate also making it difficult to attract candidates with financial incentives, many employers had to re-think their salary packages and benefits offerings to compensate.

4. Jobs figures improve, at least on the surface

Throughout 2012, unemployment fell at a gradual rate. However, while the Government was keen to highlight this, a closer look revealed that, in certain sectors, the picture was not quite so rosy. Employment in the public sector, for example, has fallen for 12 consecutive months. And while the latest labour market statistics showed a fall in youth unemployment (those aged between 16 and 24), this group reached a record high in unemployment in late 2011, which continued well into 2012.

At the start of this year, UK businesses were still considering the implications of Lord Davies 2011 report, which called for FTSE100 companies to have 25% female representation on their boards by 2015. Then, in November this year, European justice commissioner Viviane Reding approved a proposal for a 40% “objective” for female non-executive directors on boards. Just days before, the House of Lords had released a report dismissing the need for compulsory quotas, claiming they would do more harm than good. Ines Wichert, of the Kenexa High Performance Institute, says: “More research emerged about the business case for women on boards and most of it was positive. But the EU proposal for quotas was less meaningful than expected and two female FTSE100 CEOs resigned. I am most heartened, however, by a shift in the debate from women on boards to building a pipeline of women leaders.”

From George Entwistle stepping down in the wake of the Jimmy Savile revelations at the BBC to the Barclays Libor rate-rigging scandal, it seemed that senior figureheads were frequently in the headlines for all the wrong reasons. A survey by Towers Watson highlighted a gulf between senior leaders and their staff, and a growing “climate of distrust” towards those at the top of organisations – with one-third of staff saying that this lack of trust in leaders would be a reason to leave. “The 2012 news agenda was dominated by high-profile corporate scandals,” says Peter Cheese, chief executive of the CIPD. “There is a need for organisations in all sectors to re-evaluate their higher purpose – placing importance on the wider economic and social value of what they do, as well as on the narrower measures of their own financial performance – and re-consider their longer-term duty to their customers, shareholders and wider stakeholders.”

7. Government gives with one hand, but takes away with the other

Since late 2011, the coalition had announced its war on red tape and mid-2012 saw the release of the Beecroft report. It recommended, among other things, the introduction of compensated no-fault dismissals. Then, in October, Chancellor George Osborne announced a new “owner-employee” contract for businesses, which would allow employees to gain shares in their company in exchange for losing some of their employment rights, for example around redundancy or unfair dismissal. And with the minimum consultation period on collective redundancy to be reduced to 45 days, critics of the Government have pointed out that, while these policies place more power in the hands of employers and save money in the process, they also dilute the rights of employees and do little to encourage job creation.

Despite statistics suggesting that more than half of employees were unaware of the new pensions auto-enrolment legislation, the initial cohort of larger employers enrolling staff into a scheme this October seemed to do so without too many problems. However, according to the Government’s own consultation on the plans, increasing the amount that employees have to earn before being enrolled into a pension from £8,105 to £9,205 would exclude 340,000 people – and many of those would be women working part time.

Earlier this year, the Government announced a consultation on “an entirely new system of parental leave and pay”, of which one of the highlights was the proposal, from 2015, to allow fathers to share an element of leave when their partners have a baby. Deputy Prime Minister Nick Clegg, who spearheaded the reforms, said the new system “would reflect the 21st century”, while employers were forced to examine their existing parental leave policies and consider how they might be adapted to fit the new rules.

10. Apprenticeships: a solution for youth unemployment?

Youth unemployment continued to be a political hot potato for the Government throughout 2012. The coalition introduced a raft of measures aimed at getting young people into work, including making it easier to access apprenticeship funding for small businesses. However, despite all the fanfare around apprenticeships, the recent government-commissioned Richard Review highlighted concerns around the quality of schemes on offer, saying the definition of apprenticeships “had been stretched too far”, and recommended that they last at least one year and genuinely train someone for a new role.

What’s at the top of your HR agenda for 2013? Take part in XpertHR’s benchmarking survey of key priorities for the new year.