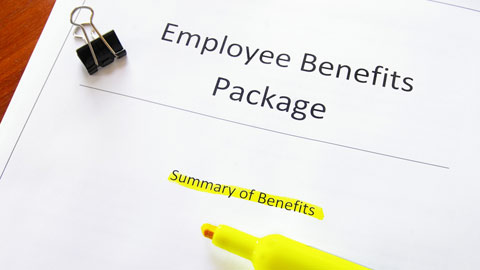 Are UK employers doing enough to keep their employee benefits schemes up to date and in line with the new realities of working life for their staff? Emma Page concludes our benefits overhaul series with a review of recent employee- and employer-focused research.

The financial crisis had a huge impact on the workforce – particularly in its awareness of, and attitude toward, risk. Changes to employee benefits, such as the introduction of pensions auto-enrolment, place the onus of long-term financial planning on individuals. At the same time, changes to the way employees in the UK are supported by the state are taking place as the Government attempts to reform welfare.

Unum commissioned the Economist Intelligence Unit and Populus to look into the needs of the modern workforce and the barriers employers face in meeting them. The results reveal that employees have become increasingly risk-aware since the recession hit, and the majority are concerned that these financial worries will continue for the long term.

Three-quarters (77%) of respondents said they felt financially insecure and could not imagine an improvement in the economic climate. Almost two-thirds of those in employment are concerned about their future job security, and one-fifth are worried that their job is at risk.

A similar proportion of workers feel like they have to go to work, even if unwell, and just under half are putting money aside in case they unexpectedly lose their job.

Speaking at recent Personnel Today webinar “Meeting the needs of a modern workforce – What’s holding back change?” head of marketing strategy at Unum Tim Jackson said that, even without the fairly recent impact of recession, it’s important to understand the changing benefits landscape.

“The world was a different place in the 1980s. Only 0.09% of the adult population had a mobile phone in the 1980s, now it’s 133%, enabling people to work flexibly. Home ownership is up from 57% to 65% (at 20-40 times the cost!), a massive increase in financial commitment; a majority of individuals are starting their careers with vastly more debt; and improvements in medical science are driving longer life expectancy. These days an individual is three times more likely to survive but become incapacitated through illness than they are to die during their working lifetime,” he says.

The research shows that employees are placing less importance on “soft”, tangible benefits and a growing number want long-term financial protection. When asked about the benefits of income protection (IP), for example, the majority (60%) would like it to be offered by their employer, as they can see its importance in the light of the economic crisis. More than half (55%) would be more likely to take a job if IP was offered by a prospective employer. Just under half of employees think, mistakenly, that their employer will continue to pay them if they are off sick for six months.

Many companies still have a clear sense of responsibility for employees’ wellbeing. More than half (52%) see benefits as their social responsibility, and more than one-third want to make sure employees are getting relevant benefits effectively.

That said, many maintain a culture of outdated benefits. One-third have never undertaken a significant benefits overhaul and one in five undertook their last significant review before 2008, the year that the economic crisis hit and became a catalyst for the changing needs of the workforce. Costs are cited by 51% of employers as the biggest impediment to implementing change. Many are also concerned about the fact that they cannot see any benefits to their business’ bottom line by pushing through changes. Bureaucracy is also cited as a key barrier.

Katharine Moxham, spokesperson for group risk industry body GRiD, says: “It’s interesting that companies want to do the right thing by their staff; we hear so much about the demise of paternalism in the workplace, but actually employers aren’t that hard-nosed. They are slowly coming to realise that they can access group benefits that would be prohibitively expensive for employees to buy individually. A basic group income protection scheme, for example, will cover everybody in an organisation without having to submit any medical evidence. It’s surprisingly affordable.”

Speaking at the webinar, CIPD adviser Charles Cotton said that employee understanding of rewards had a huge impact on both appreciation and engagement: “We have undertaken research that shows the importance of financial education in the workplace. In one study, a group of employees who got a pay rise and were given an explanation for the rise reported a satisfaction score of +71. Another group of employees who received the same pay rise without an explanation reported a satisfaction score of +33.”

Jackson adds: “If people don’t feel informed enough to make a decision, they won’t make any decision at all. We know from the experience of companies in the US that you can drastically improve the uptake of a new benefit by investing in education and information.”

The introduction of auto-enrolment pensions means the way employers spend their benefits budget will be changing. One-third intend to re-examine packages in this context, and another 44% aren’t committing themselves but are considering the possibility.

“Auto-enrolment is a particular trigger for a holistic review of benefits, although significant barriers exist to making such reallocations,” says Jackson. “Employers will reap most value from any changes by helping staff understand what they need and why they’re being offered what they are. This drives employee engagement and can reinforce your brand.”

Moxham says: “Overall, it’s a slow but encouraging story. Employers are looking to increase their benefits spend in the light of auto-enrolment, but they need to pay attention to the concerns and expectations of their staff: more than half would take a job if it offered income protection. A similar majority believe their employer will look after them if they fall ill.

“As a consultant, I have helped many companies release huge pockets of money, simply by stepping back, looking at the benefits that they have accumulated and eliminating duplication and over-provision. Auto-enrolment provides an opportunity for making a holistic change.”